Why I Was Expelled From The University - FUNAAB Student Activist


He, however, told The ICIR that he was not expelled because of the article he wrote, saying that the article was merely used as a cover-up. 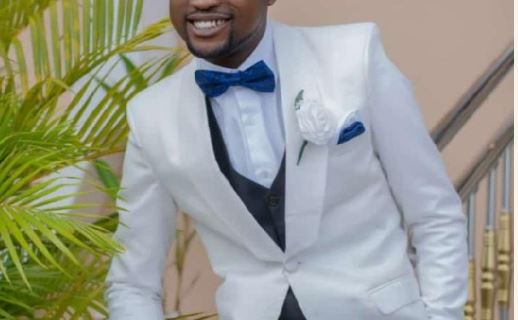 A student at the Department of Forestry and Wildlife, Federal University of Agriculture, Abeokuta (FUNAAB) Ogun State, Ifemosu Micheal expelled by the university has explained the reason behind his expulsion.

Micheal was expelled by the university authorities after the institution’s disciplinary committee found him guilty of insubordination and defamation of character through the article he published.

“I wrote about the school’s transportation system and the indiscriminate arrest of students of the institution by the Special Anti-Robbery Squad (SARS) and the Economic Financial Crime Commission (EFCC) within the school premises,” he said in a phone chat with The ICIR.

He said FUNAAB Bureau of Transportation (FUNAABOT) has performed below expectations as there is unavailability of buses to convey almost 15,000 students of the institution.

He therefore demanded in his article an explanation from the school management on the causes of unavailability of buses to convey the students to school but did not query how the FUNAABOT spent the money on exotic cars as alleged by the institution.

He, however, told The ICIR that he was not expelled because of the article he wrote, saying that the article was merely used as a cover-up.

“Witch-hunting and politicking is the reason behind my expulsion by the Varsity’s management,” Micheal said.

He alleged that the management found out that he is the General Secretary of African Action Congress, Ogun state, a party registered by the publisher of Sahara Reporters, Omoyele Sowore.

He said when he was interviewed by the School Disciplinary Committee, one of the members of the committee said he made research on him and knows about his alliance with Omoyele Sowore.

“I was asked at the meeting with the School Disciplinary Committee if I know the Vice-Chancellor is the Buhari of the institution?” he said.

The ICIR contacted the FUNAAB Dean of Student Affairs, Babatunde Idowu, who said allegations made by Ifemosu Micheal before and after his allegations are wrong.

He said as a member of the senate committee of the institution, he was part of the meeting that decided that Ifemosu Micheal be expelled from the school.

According to him, he said he invited the expelled student to his office about the article and demanded that he provide evidence for alleging that the FUNAABOT mismanaged funds meant for the maintenance of the transport system.

The DSA said before he was invited to the Disciplinary Committee, he had personally called him to his office to educate and counsel him about his allegations.