As many as 55 fairly-used vehicles being smuggled into Nigeria have been intercepted by Customs. 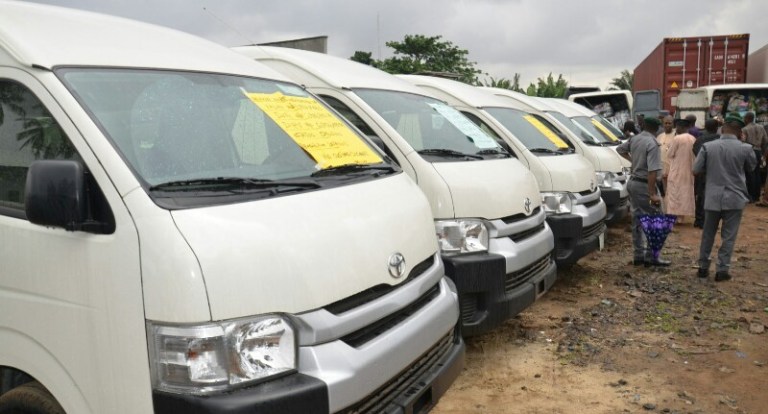 According to Premium Times, the Seme Command of Nigeria Customs Service (NCS) on Wednesday said it had intercepted 55 fairly-used vehicles smuggled into the country since the border closure on August 20 this year.

The Customs Spokesman in Seme, Abdullahi Hussaini, said in a statement that the seizure was part of the tremendous achievements recorded by the command in its anti-smuggling operations.

“The command within the period of the exercise intercepted 55 fairly used smuggled vehicles with DPV values worth millions of naira,” the customs spokesperson said.

Mr Hussaini described as baseless and unfounded reports on social media alleging that officers were collecting money in order to allow passage of fairly-used vehicles into the country despite the border drill.

He urged members of the public with tangible evidence that could assist the Command to tackle any recalcitrant to come forward for the benefit of all.

Mr Hussaini also advised social media users to do proper investigation before making such serious allegations in order not to dampen the morale of officers in the discharge of their duties.

He said NCS has introduced palliatives to help those whose vehicles were impounded or without duty and were willing to pay duty to approach the nearest Federal Operations Unit to the pay their duty.