Dad shares horrifying pictures of son's injuries after he was attacked with a machete at a fireworks display and left with a deep gash above his left ear. 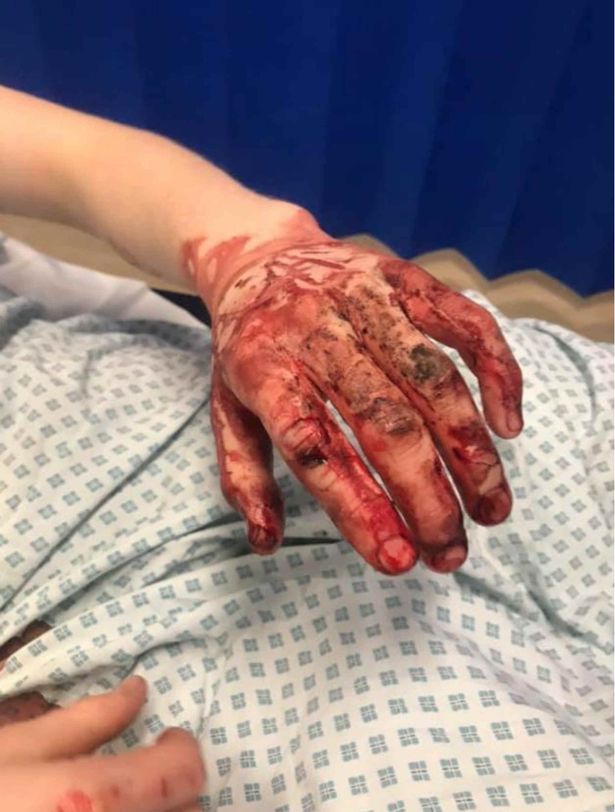 A dad has shared horrifying pictures of his son's injuries after he was attacked with a machete at a fireworks display.

Charlie Wales was left with a deep gash just above his left ear, which needed 17 stitches on Guy Fawkes' night.

Other pictures show wounds to the apprentice's hand - which will require surgery - after he was attacked in East End Park, Leeds.

His father, Greg, uploaded the pictures to Facebook to try to get more more information about the attack.

He captioned his post: “My 17-year-old son went to the bonfire at East End Park last night and was attacked by three boys with a machete. 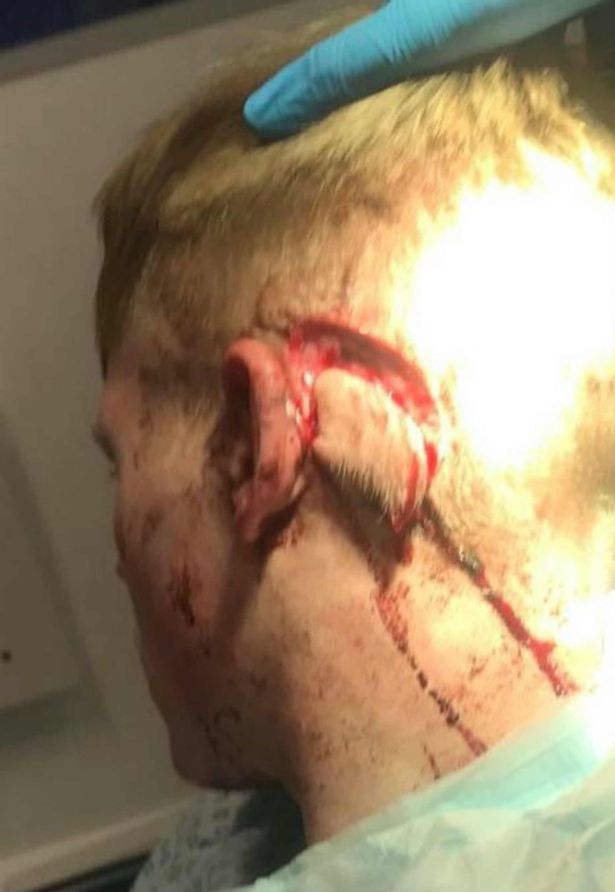 “Two wore masks so didn’t even have the courage to even show their faces.

"I have names of two of them that I have passed on to the police. If anybody else witnessed this please inbox me these animals need putting away it could be your kid next time.

“My son is not a gang member or a drug dealer - he doesn’t even drink."

Greg added: “He’s recently started an apprenticeship and is a hardworking young man. He’s had 17 stitches in his head and needs an operation on his fingers.

“Thank you to all the people who showed concern and messaged me last night. He is lucky he still has his ear on and I’m lucky I’m not mourning my son this morning.

“If anybody can help the police please inbox me so I can pass on the info.”