The story has been told of the widow who poses in her wedding dress every year in memory of her later husband. 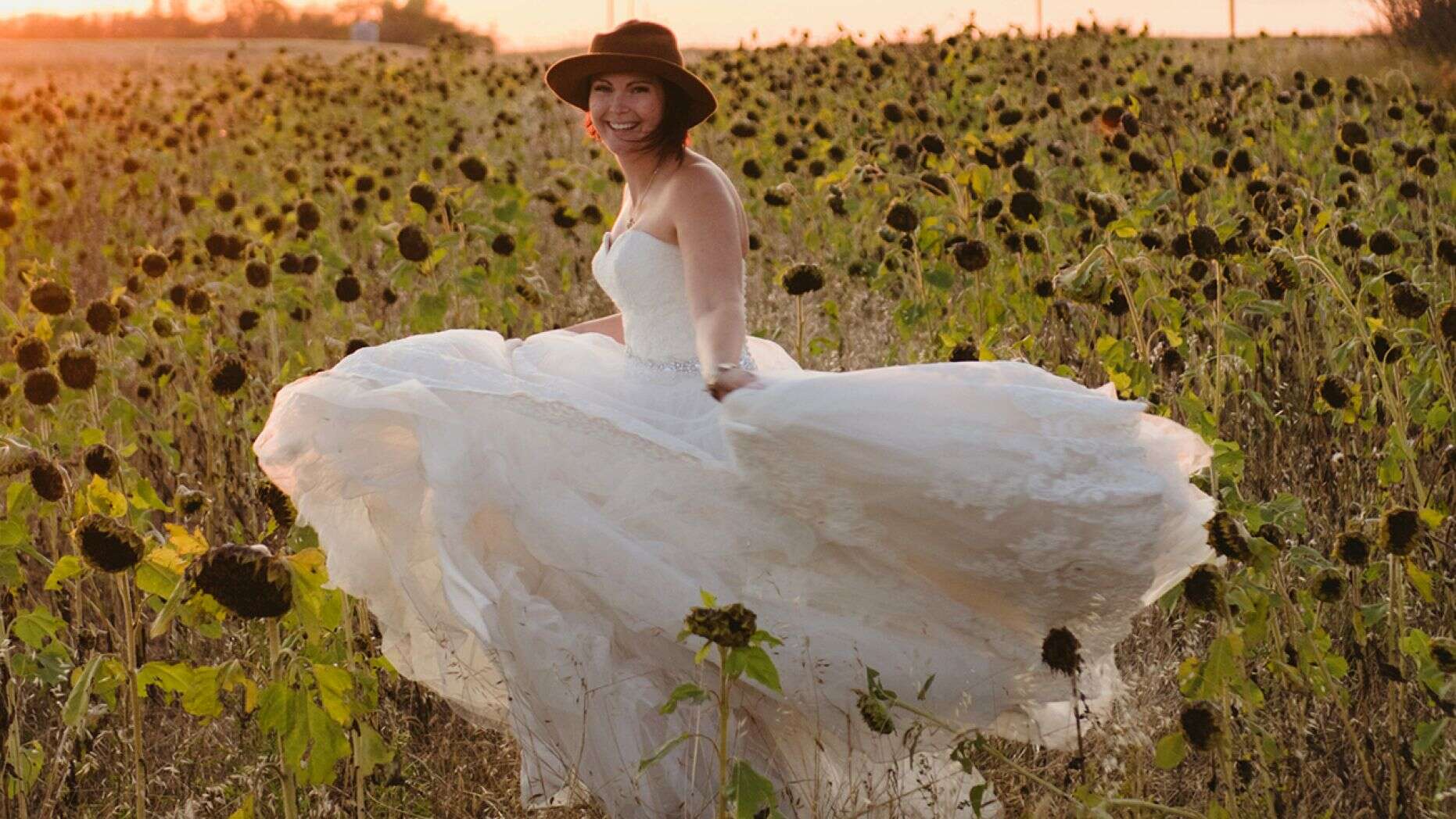 A young widow poses in her wedding dress every year in memory of her late husband who passed away after just two years of marriage.

Vanessa Lanktree, 29, was devastated when her high school sweetheart Eric, who was 25 at the time, died in a motorbike accident two months after their second wedding anniversary.

To honor her first love, Lanktree, who is a photographer, takes pictures every year wearing the bridal gown she wore during their 2012 nuptials.

This year, Lanktree asked her boyfriend, Kurtis Isbister, to take pictures of her in the wedding dress and pair of rubber boots in a field of sunflowers.

“Most people get to go out with their husband for supper or a date night on their anniversary, and this is my thing that I get to do without him,” Lanktree, who is from Canada, told SWNS.

“I try to do it on our anniversary or as close to it as possible," she said. "I will probably do this every year for the rest of my life.”

Lanktree said she met Eric at school when she was 16 and he was 17. 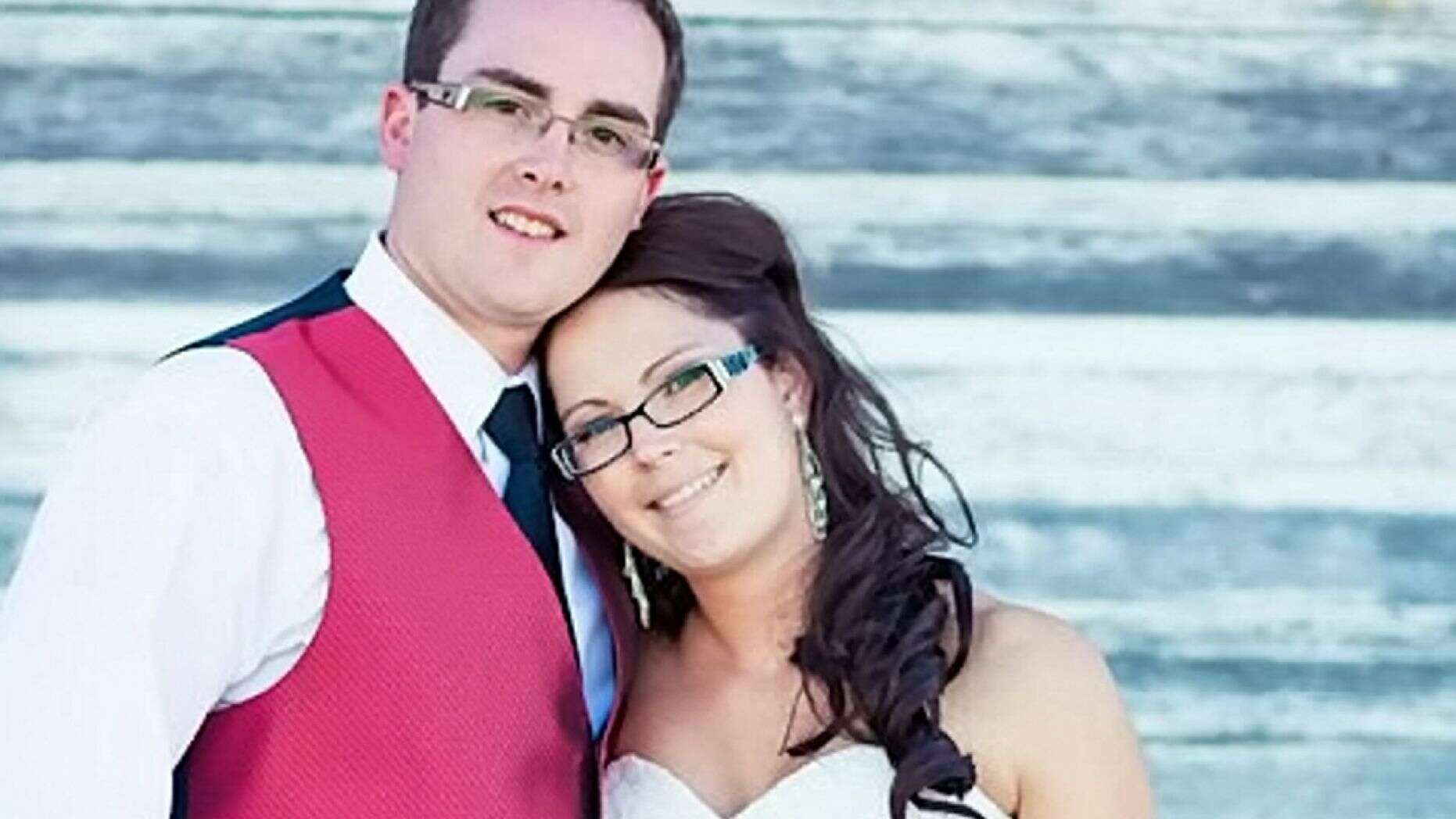 “He was my first boyfriend, my first love," she said. "Our relationship through the years was so strong because it started so young. I had no doubt about our lives together."

Eric Lanktree, who was a custom installer and firefighter, proposed to Vanessa on Christmas Eve in 2011. They later tied the knot the following year in September.

“We got married in a beautiful church ceremony. As I walked down the aisle with my dad, Eric was bawling his eyes out,” Lanktree said. “I already knew I wanted to marry him but when I saw him crying, I thought how lucky I was.”

“The best part of our day was being surrounded by our family and friends. At the reception, we did not leave the dance floor. If anyone wanted to see us or talk to us, they had to dance,” she said.

Their fairytale turned into tragedy when Eric Lanktree was killed in a head-on collision with a truck in November 2014 on his way back from vacation with friends and his father from a car show in Las Vegas.

When she heard the news, Vanessa Lanktree said she started packing her bag to go to Vegas.

“I thought he’d need to see me when he woke up,” she said. “I thought it would be alright. I kept thinking: ‘He is strong. He is a fighter.’ I didn’t realize how severe it was.” 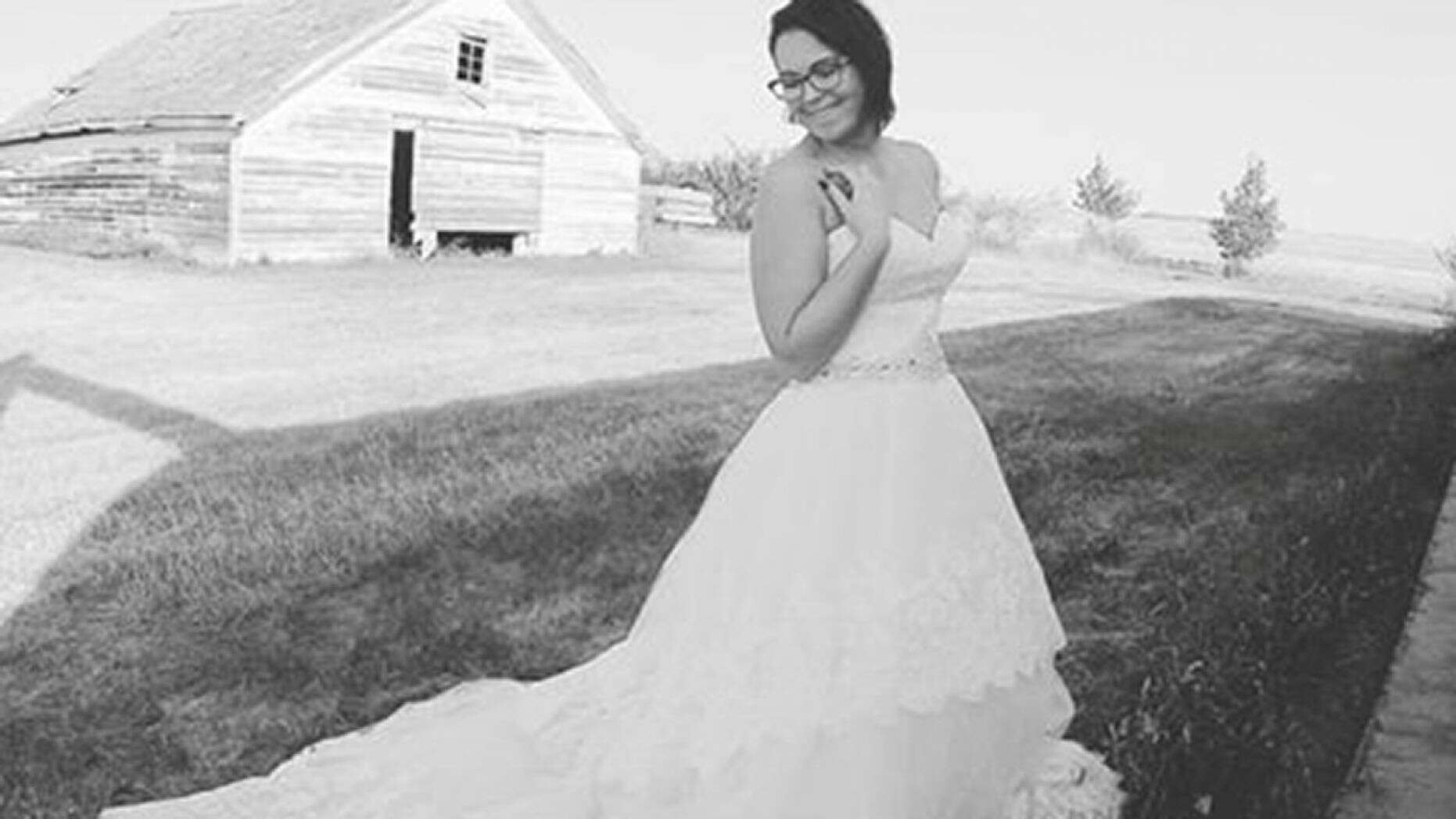 Vanessa Lanktree pictured in her wedding dress in 2017. (Photo: SWNS)

Before she could make it to Vegas, however, Lanktree got a call from her father-in-law, who told her that her husband had passed away.

“I just threw my phone and walked out of the house,” she said.

In September 2016, the day after what would have been the couple’s fourth wedding anniversary, Vanessa Lanktree decided to put on her wedding dress. She played Keith Urban’s “Making Memories Of Us,” which was played at their wedding, and danced around the kitchen.

“Grief doesn’t go away but somehow you find little things to help you cope, like putting on your dress,” she said.

The following year, Vanessa Lanktree put on the dress again and posed for a picture in the yard of the home she shared with her late husband. And in 2018, she took a simple snap of herself in the gown.

This year she asked her boyfriend of 18 months to help her with a more elaborate photoshoot in a field of sunflowers.

“It was a little chilly but I love those sunflowers. It felt so fun. I had my rubber boots on and I was running around while Kurtis took photos,” Lanktree said.

“I was just being me. Life doesn’t stop and it pushes you forward. We still want to find happiness in our lives. I know Eric wouldn’t want me to be miserable," she added.

No matter where life takes her, Lanktree said she has no plans to ever put away her wedding dress.