Jack Dorsey has continued his tour of Nigeria by visiting the University of Lagos. 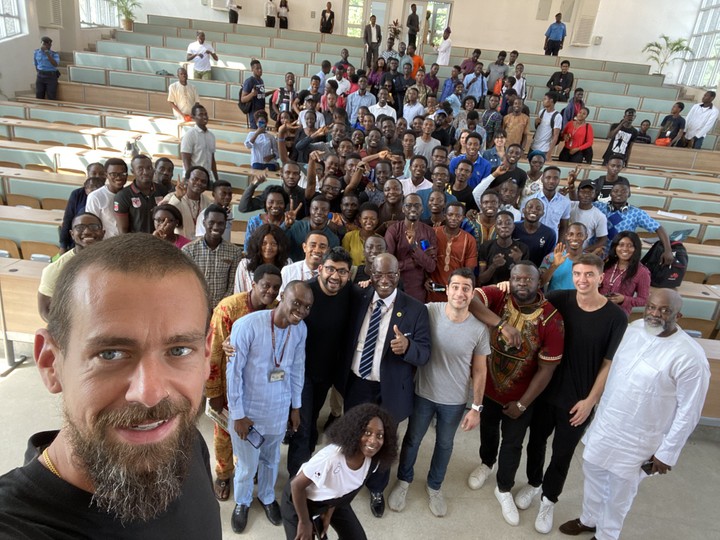 Twitter CEO, Jack Dorsey with UNILAG students and lecturers
Twitter CEO, Jack Dorsey has continued his tour of Lagos after visiting Nigeria.
The influential personality has visited the University of Lagos where he met the Vice Chancellor of the university, Prof Ogundipe.
He also met with students of the university and posed for photos with them.
Recall that he had earlier revealed that he is in Nigeria as part of his listening and learning tour across Africa.
The Twitter CEO will be visiting Nigeria and other African countries during his tour of Africa that he said will last the entire month of November.
Other countries he will be visiting are Ghana, Ethiopia and South Africa.
See Photos below: 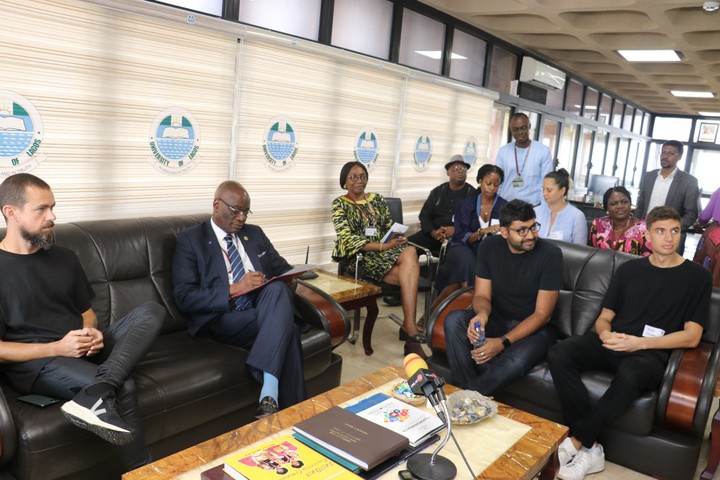 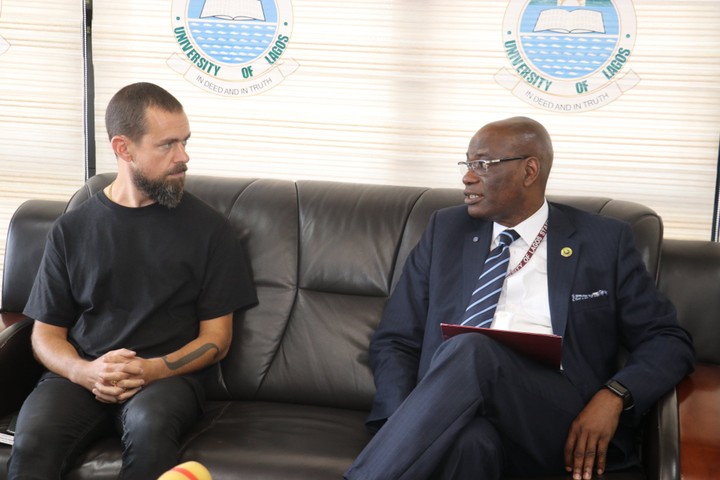