The show featured re-enactment of classic movies and TV plays, rap battles and lip-syncing according to dialogues taken from clips of movies and TV shows. 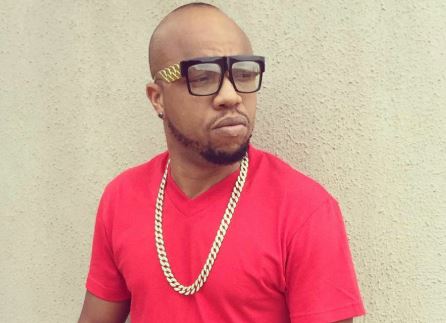 Charles ‘Igwe 2pac’ Okocha has been crowned winner of the Vskit Voice to Fame competition that pitched young men and women against celebrities in the first and only pidgin dubbing TV show in Nigeria. The prize money was N2 million.

On the show that took over TV airwaves in July, eight contestants reduced to three Vskit talents— Empress Jojo, D.Machine, Igho Otega— that squared up against celebrities. The stars were Charles Okocha, aka Igwe 2pac, Nkechi Sunday, Mide Martins and Yakubu Mohammed, with ace actor, Femi Adebayo, as host.

The show featured re-enactment of classic movies and TV plays, rap battles and lip-syncing according to dialogues taken from clips of movies and TV shows with focus on vocal delivery and demonstrative facial expressions.

Otega emerged the runner-up, having sent Nkechi Sunday and Mide Martins parking before Igwe 2Pac floored him in the grand finale. Igho, The last talent standing, resumed the show on the fourth episode and was never evicted until the epic clash with Igwe.

However, he relishes the experience: “I feel ready for the world to see what I’m capable of. Vskit Voice to Fame was a great platform and competing with celebrities was the challenge that made me realise I’m ready to take on more.”

Asked the secret of his survival, Otega said: “Preparation for any challenge even before the auditioning. I was really focused on the tasks and I took time to get my lines to sync with me, did my best to deliver and most of all I really made sure I had fun doing it.

“It’s showbiz and entertainment, which I love. So I was more particular about delivery and to learn from the show, whether or not I got evicted.”

He was full of praise for Nkechi Sunday, with who he did a duet on the 12th episode: “It was an honour working with the beautiful actress, Nkechi Sunday. She took me as a colleague and that brought a lot of confidence and we nailed it. I love and appreciate her.

“In the movie industry, I would love to work with her, Kunle Afolayan and Femi Adebayo. The list is endless because I want the world to hear me.”

The other two talents, D.Machine and Jojo, said although they didn’t win, the show had given them exposure.
D. Machine (Olakunle Fashina), a 26-year-old dance artiste, said he got on Vskit Voice to Fame to garner more fans and thanked Vskit, a short video sharing platform, for the opportunity to achieve his dreams.

Empress Jojo, an experienced actress, filmmaker, producer and model, had wowed the judges during the audition. She said she would continue in her line of creativity, noting that the show exposed her to even more people in the movie industry.

In a statement, sponsors of the show, VSKIT, a video social app, said the show was an opportunity for the talents to showcase their creative abilities in line with the firm’s objective to create a platform for creative expressions through short video clips.