Nollywood veteran actress, Joke Silva condemned Mercy’s outfit in the picture as she insinuated she was being sexualized. 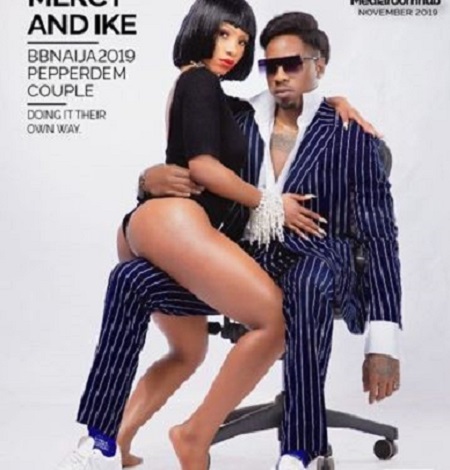 Mercy on Monday shared a picture on her social media pages exposing her butt while sitting on Ike’s lap.

The picture has since generated comments from Nigerians on social media.

Joke Silva questioned why the reality show winner was scantily dressed while her boyfriend was fully covered.

She wrote: “I really don’t get this picture, the lady half exposed the man fully clothed….do we get the implication?”