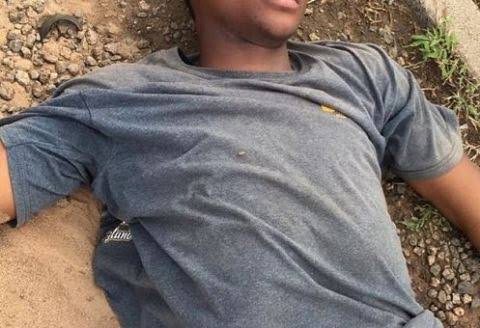 File photo
A man identified as Best Uduophori, who allegedly stabbed President Muhammadu Buhari’s supporter over celebrating his Election Tribunal victory has been arrested, a report by TheNation has revealed.
It was gathered that Uduophori, a Peoples Democratic Party (PDP) supporter, was apprehended about 2am on Tuesday, by operatives of the Ekpan Police Division, led by DSP Lawrence Ikechukwu, in Effurun, Uvwie council area of the state.
Recall that one Elvis Omoiri was reportedly hospitalized after being attacked for celebrating President Buhari’s win on September 11.
It was gathered that the attack had sprung up from a political argument between the duo.
Following the incident, the Deputy Senate President, Senator Ovie Omo-Agege, while condemning the incident, vowed to ensure that the culprit is brought to book.
In a similar reaction, the Minister of State for Labour, Mr. Festus Keyamo (SAN), promised to handle the medical bills of the victim.
Keyamo is a native of Effurun, the town where the incident occurred.
However, two months after the attack, the suspect has reportedly landed in police net.
A source also disclosed that the victim, Elvis Omoiri, has been discharged from the hospital.
Confirming the arrest, the Delta State Police Public Relations Officer, DSP Onome Onowakpoyeya, explained that the attack was not spurred by the political disagreement as earlier speculated.
She said, “Let me correct one thing, the person that was stabbed went to the man’s bar and was misbehaving, taking off his shirts and all that. That was what caused the attack, not because he was celebrating President Buhari’s victory.”
Top Stories