20-year-old Nigerian Man Kills Mother In The US (Photo)


Security operatives have apprehended a Nigerian man who allegedly killed his own mother in the US. 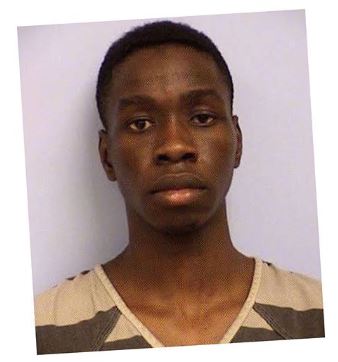 Eyitoluwa Olayeye
A 20-year-old boy, identified as Eyitoluwa Olayeye, has been arrested and charged in the killing of his mother, 48-year-old Kehinde Olayeye, in a downtown hotel in Austin, Texas.
A witness staying at the hotel told police he heard a woman running through the hallways screaming around 4:15 a.m. He said she was banging on doors screaming “Let me in,” before he heard her being dragged back past his room.
The victim’s sister told police the two of them had flown to Austin from Georgia to visit Eyitoluwa. She said the day before they received a call from him rambling and saying “I pray that God brings us together.”
She also said his friends called them, saying he was telling them he found his purpose in life. The victim’s sister said they received another call from his friends saying he had been taken to the hospital for a psych evaluation.
At the airport, they received a call from doctors at Dell Seton Medical Center asking if their family had a history of mental illness, which she said they do not. He was later discharged.
His aunt said when they arrived at the apartment her nephew seemed happy to see them and he told them he wanted to leave school, University of Texas.
She said Eyitoluwa and his mother booked a room together and she got one by herself. The aunt said he told them God had given him a purpose. He said the hospital was trying to hold him for a mental issue but he told them what they wanted to hear so he could leave.
In an interview with police, Eyitoluwa said after class on Tuesday, he went to the UT tower to pray. He said he remembers praying but the next thing he knew he was in an ambulance headed to the hospital.
He said doctors asked him if he was diagnosed as bipolar or manic which he told them no. He told police he remembers his mother standing over him praying, and the next thing he knew he was in the back of a police cruiser.
According to the police affidavit, when told his mother was dead, he said he must have been the one who killed her since no one else was in the room. He said he did not have a reason to kill his mom.
Top Stories