A helicopter has come crashing down while on a water-bombing mission to battle a huge bushfire. 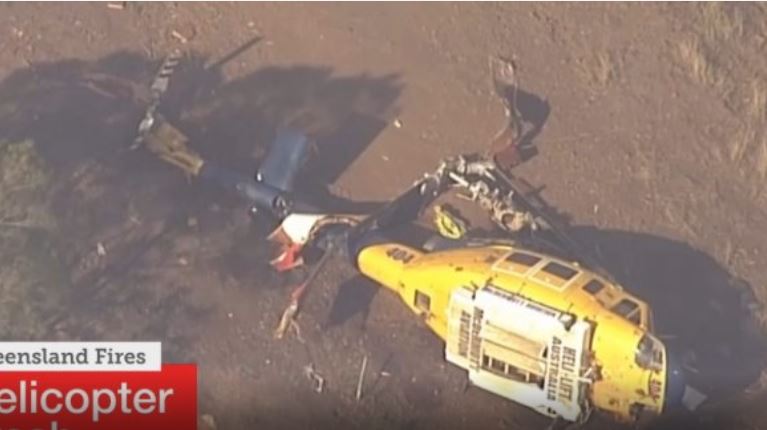 According to SBS, a water-bombing helicopter has crashed as it battled bushfires in Queensland’s Darling Downs, west of Brisbane, Australia.

A Queensland Fire and Emergency Services spokesperson said the helicopters went down off Grapetree Rd about 2pm while carrying out  "water-bombing operations at the Pechey fire".

The pilot suffered "non-life threatening injuries" during the crash and is now being treated by paramedics.

The spokesperson said the pilot had to make a "hard landing"

Residents and holidaymakers have piled onto boats to escape a large out of control bushfire whipped up by gusty winds on Queensland's Sunshine Coast.

Firefighters and water-bombers battled the blaze that jumped containment lines at Noosa North Shore on the northern banks of the Noosa River on Wednesday afternoon.

"About two hours ago we thought we had it contained but the wind is terribly variable at the moment," Noosa mayor Tony Wellington told AAP.

"A change of wind means it's now spotting beyond containment lines."

Mr Wellington said the entire population of about 180 residents and holidaymakers had been evacuated from the peninsula of land that adjoins the Great Sandy National Park.

The only way in and out of the area is by ferry or private boat, he said.

"This is the second time they've been evacuated ... they were evacuated over the weekend during the Cooroibah fire," he said.

Emergency services said the unpredictable blaze is burning in the vicinity of Beach Road and the First Cutting and may impact the Wallaby Track area.