Ibrahimovic scored 52 goals in 53 starts and registered 17 assists for Galaxy despite his old age. 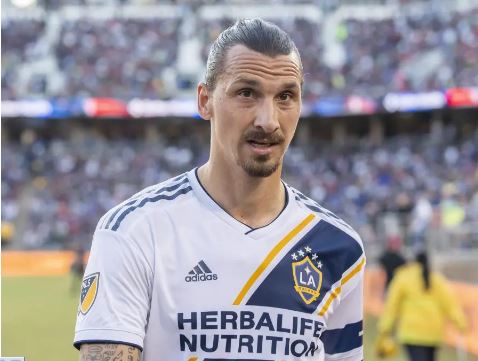 LA Galaxy striker, Zlatan Ibrahimovic has revealed his next move after he mutually parted ways with the club on Wednesday.

The former Manchester United star also thanked LA Galaxy for making him feel alive again after a two-year spell at the MLS club.

In a tweet on his official Twitter page on Wednesday night, Ibrahimovic said: “I came, I saw, I conquered. Thank you @lagalaxy for making me feel alive again. To the Galaxy fans – you wanted Zlatan, I gave you Zlatan. You are welcome. The story continues…Now go back to watch baseball.”

Ibrahimovic scored 52 goals in 53 starts and registered 17 assists for Galaxy.

The Swedish striker joined the club from Manchester United in March 2018.

He has also drawn interest from AC Milan and Bologna in recent weeks.

EPL: Liverpool Humble Arsenal After Fighting Back From A Goal Down
Recent Stories