A Nigerian woman who lives in America has pleaded guilty to drug trafficking in court. 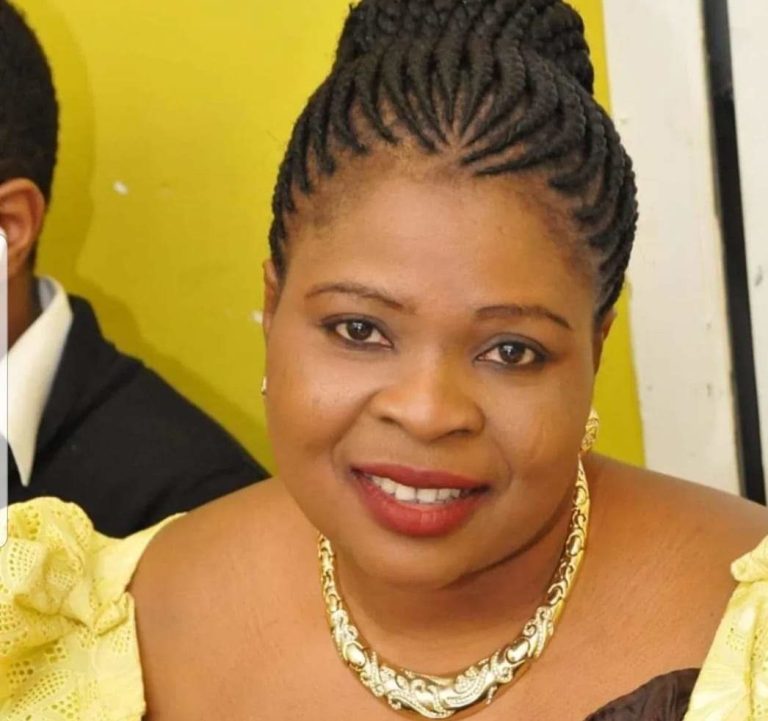 A Nigerian woman pleaded guilty today to leading a conspiracy to import more than five kilograms of cocaine, as well as to her role in a separate bank fraud scheme, and to making false statements relating to fraudulent claims submitted to Medicaid for reimbursement.

“Tammy Olaiya is a ‘triple threat’ of criminality – drug trafficker, a fraudster, and a liar,” said G. Zachary Terwilliger, U.S. Attorney for the Eastern District of Virginia. “Olaiya, a Nigerian immigrant who has spent the last two decades with the privilege of living in the United States as lawful permanent resident, clearly has zero respect for American laws pertaining to our borders, controlled substances, our financial system, or our health care system.”

According to court documents, Temitope Ayoni Olaiya, aka “Tammy”, 40, a Nigerian national residing in Hyattsville, Maryland, recruited men from the greater Washington, D.C. area to act as drug courier; i.e., to travel to foreign countries to obtain drugs to bring back into the United States. Olaiya opened bank accounts in the couriers’ names, assisted them in obtaining passports and visas, and booked their travel arrangements. The couriers that Olaiya recruited traveled primarily to São Paulo, Brazil, where they picked up kilogram quantities of cocaine hidden in the lining of soft-sided briefcases or attaché cases. Altogether, law enforcement seized nearly seven kilograms of cocaine at three different U.S. airports from three separate couriers recruited by Olaiya.

“Every single Medicaid dollar is precious and must be carefully guarded,” said Maureen R. Dixon, Special Agent in Charge for the Office of Inspector General of the U.S. Department of Health and Human Services. “Accordingly we will continue working with all our law enforcement partners to preserve these vital funds.”

In addition to the cocaine importation scheme, Olaiya also submitted falsified and fraudulent claims to the D.C. Department of Health Care Finance (DHCF), a health care benefit program funded by Medicaid. Olaiya worked as a personal care aide for various home health agencies in the Washington D.C. area, and in order to receive payment for services rendered, Olaiya was required to submit timesheets signed by her clients documenting the services rendered. Instead of submitting time sheets for time actually worked providing health care services, Olaiya recruited Medicaid recipients to act as her “patients” and to sign her falsified timesheets in return for a small amount of money as a kickback. On at least two occasions, Olaiya billed DHCF for home health services she claimed to have provided while she was out of the country.

Separate and apart from the cocaine importation and the home health services scheme, Olaiya also used her African goods business in Maryland to carry out a bank fraud. Olaiya used accounts with payment platforms Square and Stripe to make fraudulent charges on stolen credit card numbers. Between June and December 2017, Olaiya submitted, or caused to be submitted, $381,500 in fraudulent credit card charges to the Stripe account. Thereafter, Olaiya switched over to Square, and in the course of about two months, racked up more than $100,000 in fraudulent charges. When Square informed Olaiya that the true account holder had challenged the transaction, Olaiya created handwritten, falsified invoices documenting items purportedly purchased by the account holder, and provided the fake invoices to Square.

Olaiya pleaded guilty to conspiracy to import five kilograms or more of cocaine, bank fraud, and making false statements relating to health care matters. She faces a mandatory minimum of 10 years in prison for the cocaine importation charge when sentenced on Feb. 28, 2020. Actual sentences for federal crimes are typically less than the maximum penalties. A federal district court judge will determine any sentence after taking into account the U.S. Sentencing Guidelines and other statutory factors.

This case was prosecuted as part of Organized Crime Drug Enforcement Task Force (OCDETF) Operation Girl From Ipanema. The OCDETF program is a federal multi-agency, multi-jurisdictional task force that supplies supplemental federal funding to federal and state agencies involved in the identification, investigation, and prosecution of major drug trafficking organizations. The principal mission of the OCDETF program is to identify, disrupt, and dismantle the most serious drug trafficking, weapons trafficking, and money laundering organizations, and those primarily responsible for the nation’s illegal drug supply.