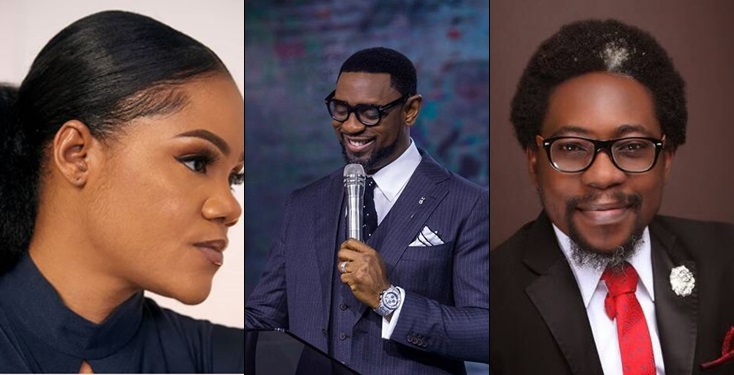 Segun Awosanya a.k.a Segalink who was one of those that stood up for Busola Dakolo following the controversy her rape allegation against Pastor Biodun Fatoyinbo generated, has confirmed that she lost the court case against the Commonwealth of Zion Assembly (COZA) founder.

According to the activist, Busola and Timi Dakolo received a call last night from their lawyers about the judge’s ruling on the preliminary objection today November 14.

Segalink said the court which awarded damages against the celebrity photographer while declaring the matter was statute barred because it happened a long time ago, had twice claimed that it cannot find processes on Busola Dakolo vs Biodun Fatiyinbo's case.

Read his posts below;

Update: Busola Dakolo V. Biodun Fatoyinbo. The clerk called the lawyers of Busola Dakolo late last night notifying them of the judge’s ruling on the preliminary objection today. As expected, a mockery of our processes and law was the case as the drama unfolds.

A Nigerian Court that claims twice it cannot find processes on Busola Dakolo vs Biodun Fatiyinbo's case suddenly calls for ruling on preliminary application and declares that the matter is statute barred and that it cannot address the substance of the matter because...... it happened a long ago. A Court cannot declare a matter statute barred when it has been shown that the legal injury is a continuous one.

It will even be far more ludicrous if it is announced that the judge went ahead to award damages in Millions to the accused who is still preying on young girls as alleged by survivors being threatened and bribed on the daily to keep mute. What a society! #Shame 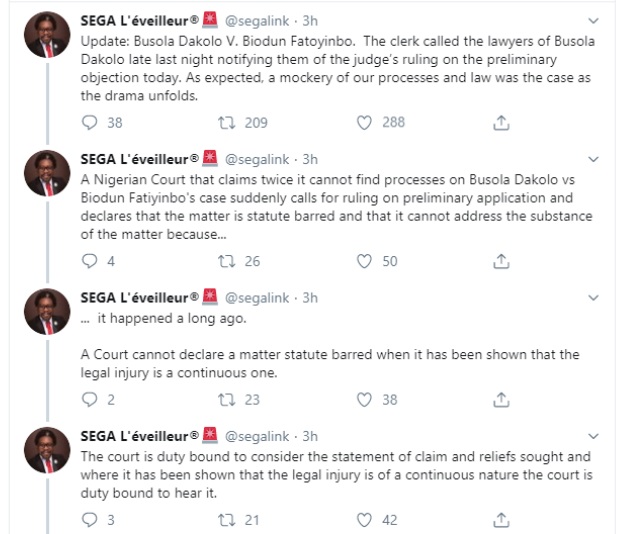