This courageous dwarf took a lead role during a marching parade at an unnamed NYSC camp. 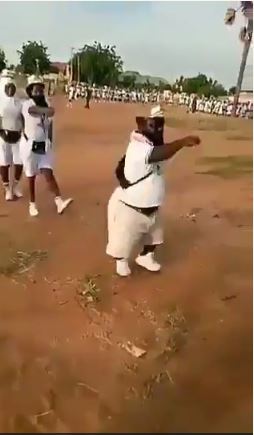 The dwarf marching gallantly
This is a sensational video of a male dwarf leading other corps members on the parade ground.
The young man with a potbelly led by example during the marching exercise. Onlookers were so fascinated by his brief performance recorded him on their mobile phones and clapped for him.
Some others could be head giggling at the background. The video has gone viral on social media with many laughing and rolling on the floor. 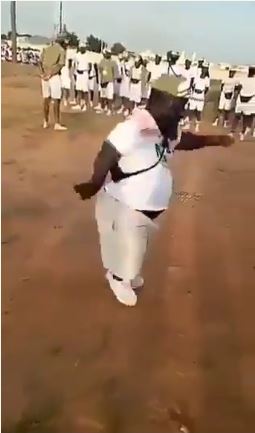 Watch the hilarious video below;