A statement by one of his sons, Constantine Akinfolarin Akinyele, confirmed that the Ondo chief passed away Thursday night after a brief illness. 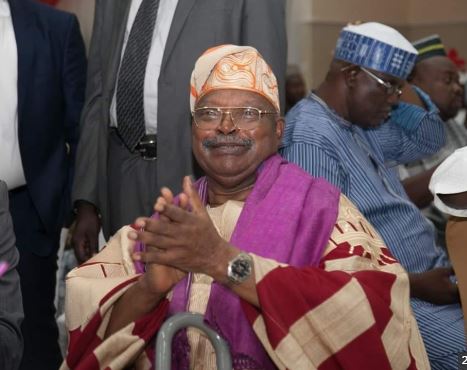 A former Minister of Information, Alex Akinyele, is dead.

His death was announced by one of his sons, Constantine Akinfolarin Akinyele, on Facebook some hours ago. According to Constantine, the Ondo chief passed away Thursday night November 14th after a brief illness.

"With thanks giving for his life, I am sad to announce we lost our father and grand father Chief Alexander Opeyemi Akinyele earlier today after a brief illness May his soul rest in peace. He will be missed by his children, grand children, family and friends,'' he wrote

A graduate of English Language from the University of Ife now Obafemi Awolowo University, the late Akinyele was Minister of Information during the General Ibrahim Babangida administration. He went on to become the chairman of the Nigerian Sports Commission.

A trained public relations specialist, Akinyele was the pioneer spokesperson of the Nigerian Customs Service. He was secretary-general and later president of the Nigerian Institute of Public Relations (NIPR).