The former Anambra State governor gave the call at an event held at Sheraton Hotel, Ikeja, Lagos State, on Thursday. 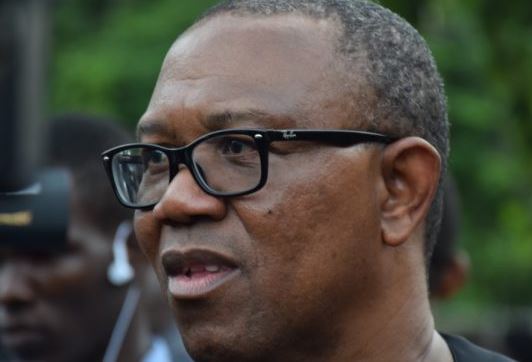 Ahead of Saturday’s elections in Bayelsa and Kogi State, Peter Obi, a former running to Atiku Abubakar has called on the Independent National Electoral Commission, INEC, and security agencies to ensure free and fair elections.

Obi said ensuring a free and fair election on Saturday would help redeem the battered image of Nigeria.

The former Anambra State governor gave the call at an event held at Sheraton Hotel, Ikeja, Lagos State, on Thursday.

He stated that the immediate past President, Goodluck Jonathan restored the hope of Nigerians on elections as a means of freely expressing their franchise as against what he called the “return to kangaroo elections marred by violence and all that was vile” as recorded during the last election.

Stressing that free and fair conduct of Saturday’s elections would restore hope to the country, Obi said: “Besides, it would also encourage well-meaning Nigerians to join in the future elections.”

He added: “As has become the norm in many countries, the issue of electoral malpractice is becoming a thing of the past. As the giant of Africa, Nigeria ought to be showing an example to other African countries by encouraging free and fair election and allowing candidates with the highest vote cast to emerge, winners.”