Kpokpogri is in Possession of 30 Recorded Sex Tapes - Tonto Dikeh

Alhaji Arraigned For Claiming To Own Abuja Property, Collected N30M


There are indications that a lot of money have been set aside for vote-buying ahead of Saturday's election. 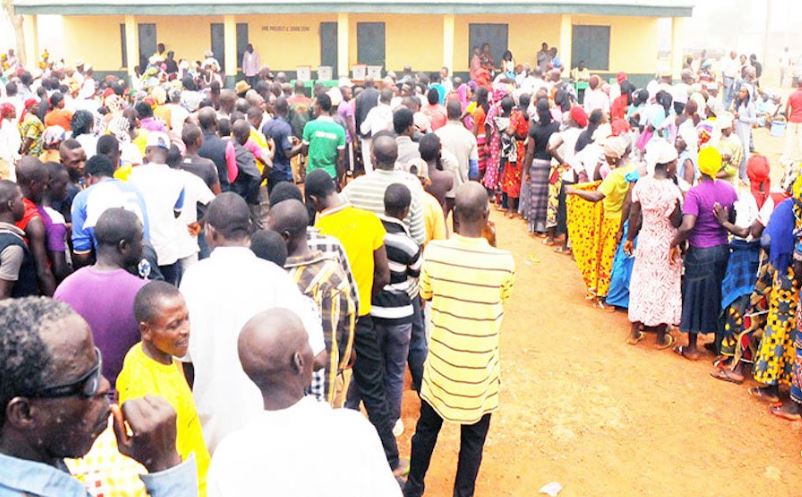 The Center for Democracy and Development has raised fresh concerns about vote-buying less than 24 hours to the governorship elections Kogi State.

CDD, an accredited and trained observers said it has been keeping a close watch on the electoral process, adding that officials of the Independent National Electoral Commission, INEC, are also being induced by political parties.

In a statement to DAILY POST on Friday, signed by its Director, Idayat Hassan, the observer group said, “There are indications that a lot of money has been set aside for vote-buying on Saturday.

“Already, our observers have noted the distribution of gift items such as Ankara textile materials and rice in Lokoja and Koton Karfe Local Government Areas.

“In addition, the latest reports we are receiving from our observers indicate massive inducement of INEC Supervising Presiding Officers (SPO) across the 21 Local Government Areas of the State.

“The reports indicate that one of the parties have made overtures, and has been inducing the SPOs with bribes USD1,000 to buy them over, and get them (the SPOs) to do their bidding on Election Day.

“These reports were further confirmed from Bureau de Change (BDC) Operators within the State who were interviewed. The BDC operators report that there has been an upsurge in the number of customers calling to change USD1000 to Naira.

“The use of financial inducement to subvert the credibility of the electoral process is antithetical to the democratic ethos. CDD condemns in the strongest possible terms all forms of inducement of poll officials.

“The Electoral Act 2010 (as amended) expressly frowns at bribery and all forms of inducement of poll officials. Specifically, Section 124(4) of the Electoral Act 2010 as amended states: ‘Any person who commits the offence of bribery is liable on conviction to a maximum fine of N500,000 or imprisonment for 12 months or both.”

CDD calls on the anti-corruption agencies, particularly the Economic and Financial Crimes Commission (EFCC) and the Independent Corrupt Practices and other Related Offences Commission (ICPC) to thoroughly investigate these reports in order to hold to account the perpetrators of these electoral crimes.

“We, therefore, make the following calls: The EFCC, ICPC and the police should closely monitor financial transactions with a view to arresting all suspects inducing voters and/or electoral officials.

INEC should fine-tune its monitoring mechanisms to ensure that all compromised electoral officials are removed from the process immediately.

The good people of Kogi State should be aware that if they sell their votes, they are mortgaging their future and compromising the possibility of good governance for their own benefits.