The story has been told of how a police officer killed an entertainer at the wedding of a governor's driver. 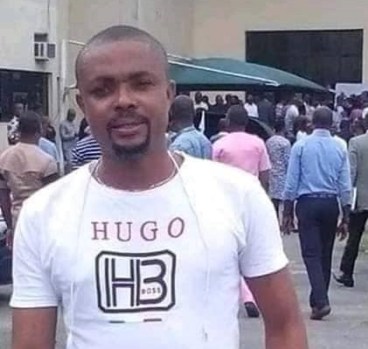 The picture is becoming clearer about the fatal shooting of an Akwa Ibom man on November 7 at a marriage ceremony attended by Governor Udom Emmanuel.

Both the police and the Akwa Ibom government identified the victim as Godwin Thomas.

The police spokesperson in the state, Odiko MacDon, said the officer suspected to have killed Mr Thomas was yet to be identified.

“There were police personnel from within the state and neighbouring states on escort duties.

“While the identity of the perpetrator of this dastardly act is, for now, unknown, the Commissioner of Police, Zaki Ahmed, has ordered a more discreet investigation to be quickly carried out to unravel the perpetrator of the said crime and prosecute same,” Mr MacDon, a superintendent of police, had said in a statement last Friday.

The victim, Mr Thomas, was an entertainer who performed at local events like weddings, burial ceremonies, and political rallies, PREMIUM TIMES learnt.

As a regular face at events, it was always easy to spot him – with a bare body from the waist region up, painted with white clay, wearing a long white skirt, and dark glasses over his face.

Apart from his fascinating looks at events, Mr Thomas would usually thrill guests, and passersby, with “robotic” steps, those who knew him told PREMIUM TIMES.

It was either he got invited and paid for by an event host or he could, sometimes, walked into events to perform voluntarily with the hope of making some money off guests, especially if the events were to attract VIPs.

It is unclear, for now, if the slain entertainer had an invitation to perform at the marriage ceremony or not.

People familiar with the incident, who did not want their names mentioned in the report, said the governor’s driver, Mr Bassey, was being driven out of the event venue at the end of the ceremony when Mr Thomas, the entertainer, rushed to the car, held it and began begging him for money.

“A policeman inside a pickup truck (that was) protecting the governor’s driver warned Sabata (Mr Thomas) to back off or he was going to fire him,” one of the people familiar with the incident told PREMIUM TIMES.

“Sabata refused to back off and the policeman shot him at close range. They zoomed off in a convoy and left him to die.”

Kufre Obot, who hails from Etinan, the same local government area with late Mr Thomas, offered a slightly different version of the incident.

Etinan shares boundary with Nsit Ubium, where the killing took place, and Mr Obot said he had planned to be at the marriage ceremony but for some other engagement which he said occupied him.

Mr Obot’s version is that the slain entertainer demanded a share of an unspecified cash gift donated to the youth who were present at the marriage ceremony by Governor Emmanuel and Onofiok Luke, the House of Representatives member from the area.

“Everything happened in daylight and many people were there,” Mr Obot told PREMIUM TIMES, Friday morning.

“This guy, Godwin Thomas, popularly known as Sabata, is known for his comedy shows. We call it (the show) playboy in Akwa Ibom, they would be performing, walking like robots.

“He went there to perform. So after performing, there was money the governor and Hon. Onofiok Luke gave. The money was shared, but it was not given to them (Mr Thomas and co.). After the marriage (ceremony) they went to the groom (the governor’s driver) and requested a token to be given to them so they can use it to buy soap and wash the clay off their body.

“The problem would have been solved right there, but the groom didn’t listen to them, the policeman attached to the groom mistook him (Mr Thomas) to be a nuisance. He warned him to stop disturbing the groom, else he was going to shoot him. He deliberately shot him,” Mr Obot said.

According to Mr Obot, Mr Thomas did not die instantly. He said the entertainer was begging to be taken to the hospital as he was in pain and was losing blood. He said those who shot him refused.

Mr Obot, who has shared his version of the story on Facebook, said he got details of the killing from people who were at the marriage ceremony.

He said most people who witnessed the killing may come out with information on it because of “political affiliation”.

Aniekan Udofia, the spokesperson to Mr Luke, confirmed the federal lawmaker was at the marriage ceremony but said he did not know if he gave money to the youth since he (Mr Udofia) did not attend the ceremony.

“He is a generous person who is always kind to people that come across him,” he added.

The Akwa Ibom government, in less than 24 hours after the incident, issued a statement, saying the governor, Mr Emmanuel, was “deeply saddened” about the killing.

The statement, signed by the commissioner for information in the state, Charles Udoh, described the killing as a “tragic event at the end of an otherwise joyous occasion”.

Mr Udoh said it was an “unwarranted loss of an innocent life”. 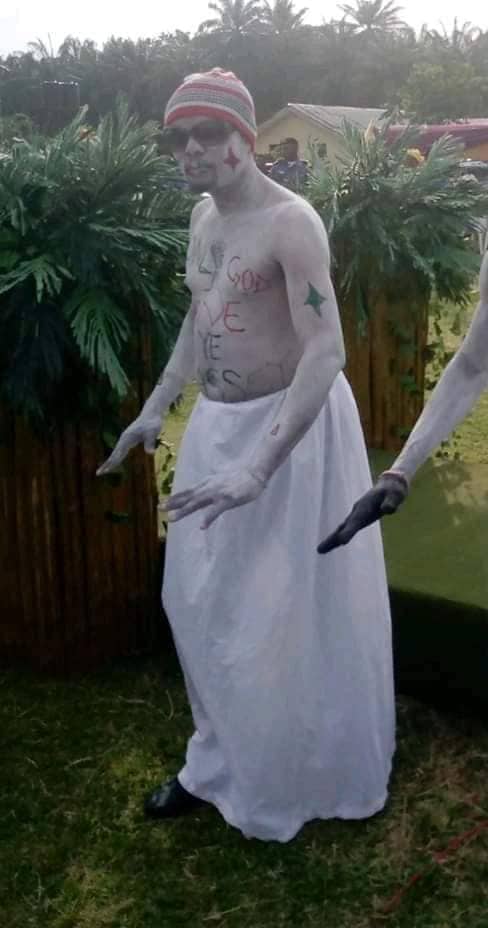 Godwin in his work attire

The commissioner said the governor directed security agencies to “fish out” and “prosecute” the killers of Mr Thomas.

The Akwa Ibom State House of Assembly and many people in the state have also called on the police to bring to justice the police officer who shot Mr Thomas.

“It is a very unfortunate situation,” the Speaker of the assembly, Aniekan Bassey, said on Tuesday during plenary. “We will do all we can, within our powers, to uncover the killer. That is what we were elected to do.”

“If this action was perpetrated by a common man with no pronounced name or office, the police would have paraded the suspect in less than 6 hrs, but now that it involves a big name and a police detail, investigation is ongoing,” Imo Udoima, Uyo businessman and a Peoples Democratic Party (PDP) chieftain, said in a Facebook post, apparently disappointed with the police for not making public the name of the officer who killed Mr Thomas.

“The Akwa Ibom State Command of the Nigerian Police should know that the mystery surrounding Sabata’s gruesome murder and those involved (in it) is an integrity test; a test that will tell the public whether to rely on the police or resort to self-protection,” Mr Udoima said.

Mr Thomas’ body was later dumped in the morgue at the University of Uyo Teaching Hospital by the police, Margaret Thomas, the pregnant wife of the late entertainer, told this newspaper.

She and late Mr Thomas were married for about six years, and have a three-year-old daughter.

“I asked the hospital workers, they said they didn’t know the identity of the police officers who brought the corpse,” she said to PREMIUM TIMES, Wednesday.

Mrs Thomas said she visited a local police station close to the community where her husband was killed, just so she could find out information about what happened.

At the police station, she was asked to give a statement. She was then taken to the police headquarters in Uyo the next day to meet with a senior officer who assured her that justice would be done, she said.

“I have heard from several people, the policeman who shot my husband came with (the) governor’s driver, he should provide the man who killed my husband.

“Please, help me! Help me find the man who killed my husband!” Mrs Thomas begged.

“My husband struggled alone all his life, he used to tell me to be patient that someday we would make it. But in the end, they just killed him and dumped his body in the mortuary.”

The commissioner for information, Mr Udoh, told PREMIUM TIMES, Wednesday night, that Mr Bassey is one of the personal aides to Governor Emmanuel and not his driver.

But Mr Bassey himself admitted to this newspaper that he is the governor’s driver.

Mr Bassey, however, said “it is not true” that a police officer attached to him killed Mr Thomas. He declined to speak further on the incident.

“Investigation is still ongoing” was the only response the police spokesperson, Mr MacDon, gave to PREMIUM TIMES when the paper asked him on Wednesday about the progress of the police investigation.

After the incident, the commissioner for information, Mr Udoh, the state chairman of the PDP, Paul Ekpo, and a state lawmaker from Etinan, visited the wife of the slain entertainer on behalf of the state government.

As part of the paper’s inquiry on the progress of investigation by the government, PREMIUM TIMES put it to the commissioner for information, Mr Udoh, that a police officer attached to the governor’s driver is alleged to be the killer of Mr Thomas.

“I am not a police officer, it is only the police who can tell us who the person (the killer) is,” Mr Udoh responded.

“How about justice for the family?” PREMIUM TIMES asked the commissioner.

“I am not a law enforcement agent,”  he again responded.

“The governor has directed that an investigation be carried out and the police have issued a statement; they are on it. We trust that the police would do their job, tell us who the killer is, and then bring the killer to book.”

Oh No! See What Happened to Woman While Jogging On The Lekki-Ikoyi Link Bridge (Graphic Photos)
Recent Stories