An official of the INEC has been reportedly abducted by assailants and taken to an unknown location. 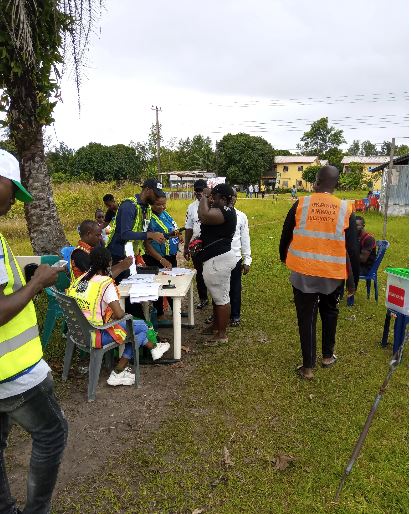 A yet-to-be identified official of the Independent National Electoral Commission (INEC) has been kidnapped in SUBEB polling unit in Lokoja, the Kogi State capital.

The abduction happened after gunmen shot sporadically into the air while voting was going on, according to the Nation.

Voters scampered for safety before the gunmen went away with the official.

Sorting of votes and counting of ballots will commence by 2pm.