This was uncovered yesterday when a correspondent visited some of the border towns to evaluate the impact of the directive. 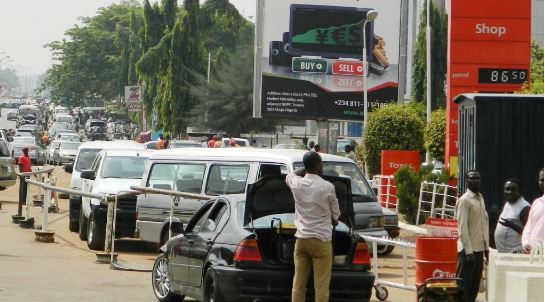 With the decision of the federal government to suspend fuel supply to filling station located within 20 kilometres to the nation’s land border, fuel scarcity has hit border towns in Katsina State, THISDAY checks have revealed.

Investigation also revealed that the scarcity had led to an increase in the price of premium motor spirit (PMS) from N145 to N250 in towns coterminous with the Niger Republic, accounting for an increase of about 40 percent.

This was uncovered yesterday when a correspondent visited some of the border towns to evaluate the impact of the directive that restricted fuel supply to filling stations within 20 kilometres to the nation’s land border.

During the visit, THISDAY checks revealed that the directive of the federal government had resulted in fuel scarcity in Daddara, Nasarawa, Dan Arau, Magaman, Jibia, Makada and Tsayau communities.

In these communities, findings revealed that the directive stoked fuel scarcity and hike in the prices of petroleum products at Jibia and Kongolam border towns between Nigeria and Niger Republic.

THISDAY observed that the federal government task force on border closure had shit all major filling stations within 20 kilometres to the border, a decision that put the residents in the communities under pressure.

Consequently, residents of the border towns, who spoke with THISDAY, lamented undue increase in fuel pump price following the suspension of fuel supply to areas within 20 kilometres to the nation’s land borders.

One of the residents of Magaman Jibia, Sule Safiyanu, said the federal government’s action was affecting the economic growth of the country and the livelihood of the citizens.

“As you can see, all the petrol stations in this town are closed down by the men of the Nigeria Customs Service. Before, we can get fuel for N145 per litre but now, it is N200 or N250. The worst aspect of it is that we cannot even get the product to buy,” he said.

Another resident, Faroq Tijani, said: “Now that the federal government has stopped the supply of fuel to border communities, we are the ones suffering. How can we survive? We cannot travel again for lack of fuel. We travel as far as Katsina to get fuel for our vehicles and machines.”

The Comptroller General of the Nigeria Customs Service (NCS), Hameed Ali, had directed that no petroleum products should be supplied to any filling station within 20 kilometres to the country’s borders.