A Nigerian engineer who was crushed by a wanted water tanker driver has died in Oyo state. 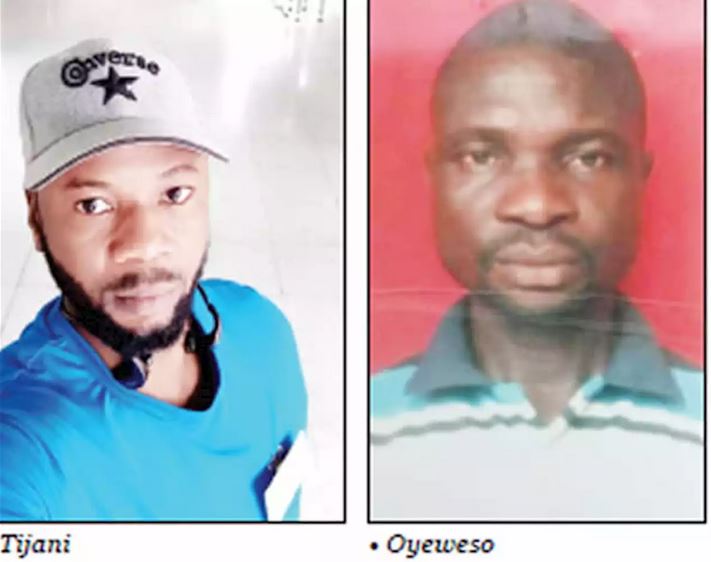 According to a report by Punch Metro, an engineer, Afees Tijani, who was recently crushed by a fleeing water tanker driver, Taofeek Oyeweso, around the Sat Guru Maharajji camp end of the Lagos-Ibadan Expressway, has died at the University College Hospital, Ibadan, Oyo State.

Tijani died on Thursday, November 7, 2019, after doctors had battled to save his life in the Intensive Care Unit of the hospital, where he was placed on life support machine for 37 days.

PUNCH Metro had reported that Oyeweso, while on his way to deliver water to a company in the state, drove against the traffic and crushed Tijani, who was riding his power bike to Ibadan on Wednesday, October 2, 2019.

After the accident, eyewitnesses said Oyeweso refused to wait, but while trying to escape with the tanker, with number plate BDJ 01 YC, he ran into a ditch and the vehicle got stuck.

Oyeweso abandoned the tanker and absconded, while the unconscious Tijani was rushed to the hospital for medical attention.

While on admission, the left leg of the father-of-three, which was shattered from the impact of the crash, was amputated.

The Managing Director of Mc Morphills Investment Limited, the company that employed Oyeweso, Babalola Aladenika, blamed the driver for the tragedy and had in a bid to ensure his arrest, reported the incident to the state police command, which declared the driver wanted for the crime.

Tijani’s brother, Ishaq, while demanding justice, said Oyeweso never showed up in the hospital till his brother died and was buried by the family in accordance with Islamic rites.

He said, “Tijani was in coma and spent over a month in the hospital and was already responding to treatment at the ICU before everything changed. He died around 10.00 a.m., but we did not allow his corpse to be taken to the mortuary, so we quickly raised money to clear his outstanding bills and proceeded to bury him according to Islamic rites.

“The driver, who knocked him down, ran away and did not show up till date, but the Divisional Police Officer, Toll Gate Division, assured us that the driver’s company must produce him before any discussion would commence. We want the driver arrested so that he can face trial in the court because we want justice. My brother was survived by two wives, Hanifat and Zainab, and three children, Habeebullahi, four; Hassan, seven; and Aishat, 15.”

When contacted, Hanifat said her husband suffered multiple injuries in the head, ribs, kidney and legs, adding that he could not speak when he regained consciousness in the hospital.

She said, “I could not leave my husband in the hospital so I had to lodge in a hostel known as Ile Alaanu, where I paid N500 every night and from there, I would go back to be with him in the morning. My in-laws were also very supportive; but during the treatment, my husband was on life support machine and was battling head injuries and internal injuries like rib fracture, kidney failure, infection and an amputated leg.

“The money we spent on his treatment was over N3,130,000, which was donated by his company, the bikers’ forum he belonged to, family members, friends and from my savings. I know the government knows the right thing to do when the driver is arrested, but I want it to please grant scholarships to my three children and empower me because I have spent all my savings.”

Oyeweso’s boss, Aladenika, who sympathised with the bereaved family, reiterated that the company had collaborated with the state police command to apprehend the fleeing driver for prosecution.

He stated, “I was in shock after the IPO told me that the man had died; his death was caused by the negligence of a reckless driver; it is a big loss to the family and I commiserate with them. We are planning to pay the family a condolence visit, but we have not got the address.

“Also, the police have been striving to ensure the arrest of the driver; they are trying to track him down through his telephone numbers, but they have gone off. I want the driver to be arrested and prosecuted; even if the government fails to prosecute him, I will prosecute him, because he has put us into trouble.”

When contacted, the state Police Public Relations Officer, Gbenga Fadeyi, said, “We have yet to get hold of the driver but we are still trailing him. The deceased family should always visit the station where the case is being investigated.”