The Bayelsa state governor-elect, David Lyon has been sighted at the Aso Rock villa following his victory at the polls. 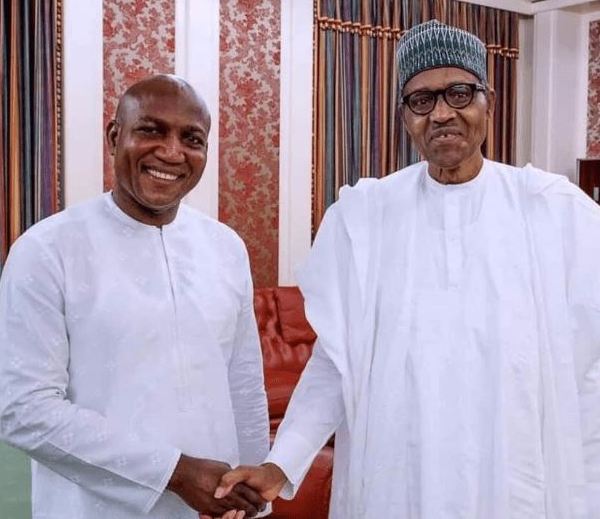 His mission is unknown, but it is believed he wants to meet with President Muhammadu Buhari to express his happiness and gratitude over the outcome of Saturday’s governorship poll.

Lyon, who arrived in company with the Minister of State (Petroleum Resources), Mr Timipre Sylva, was sighted going to the office of the Chief of Staff to the President, Mr Abba Kyari.