Busted! See The 'Yahoo Boy' Apprentice Who Pretended To Be An American To Defraud People


A 'yahoo boy' who pretended to be an American man in order to defraud people has been nabbed. 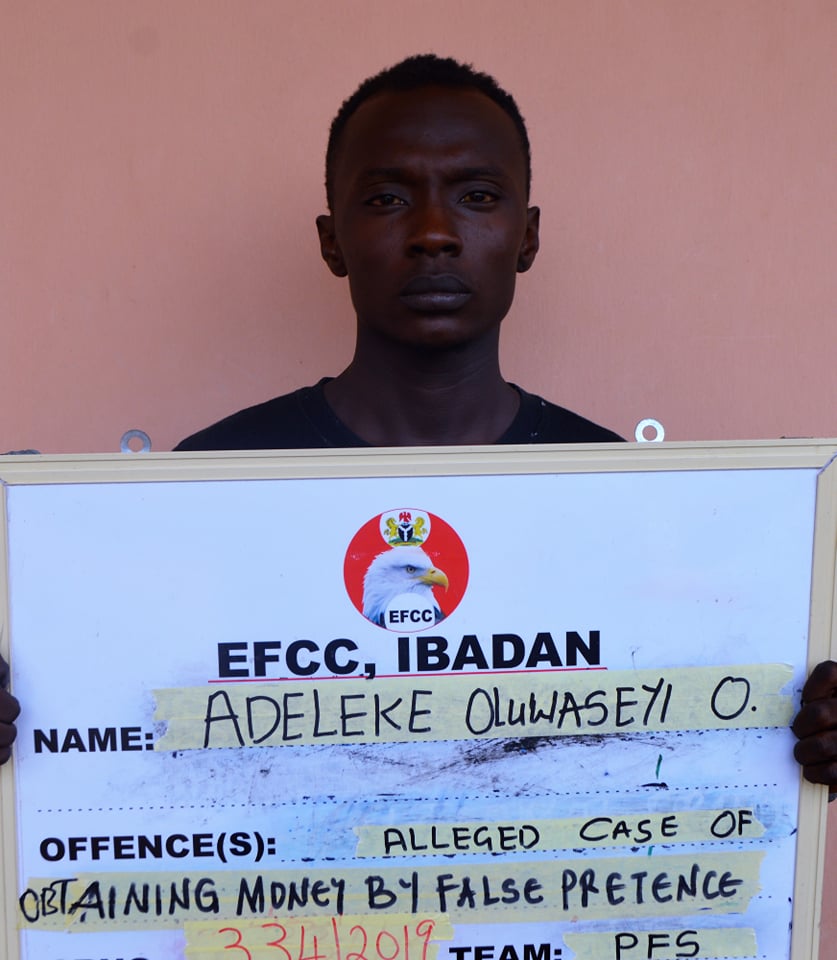 EFCC in a statement released this afternoon, said Oluwaseyi, was arraigned on a one-count charge of impersonation and was found guilty as charged. Oluwaseyi who claimed to be eight months into online dating apprenticeship when arrested in June, operated with the name Patrick Bob, claiming to be an American citizen.

He was initially arraigned on a four-count charge before the counts were reduced to one after sealing a plea bargain arrangement with the EFCC.

The latter count to which he pleaded guilty on Monday offends Section 22(3) of the Cyber crimes (Prohibition, Prevention, Etc) Act, 2015.

Owing to his ‘guilty’ plea, EFCC’s counsel, Ifeanyi Agwu had prayed the court to sentence him in accordance with the content of the plea bargain arrangement.

Besides the jail term, the convict was also ordered to restitute $150 USD to his victim through the Federal Government of Nigeria.

He will equally forfeit his Samsung J3, Infinix and Kigtel phones as well as his Lenovo laptop to the Federal Government.