The gross abuse of personnel budget and inflation by some Federal Ministries have been uncovered by the ICPC. 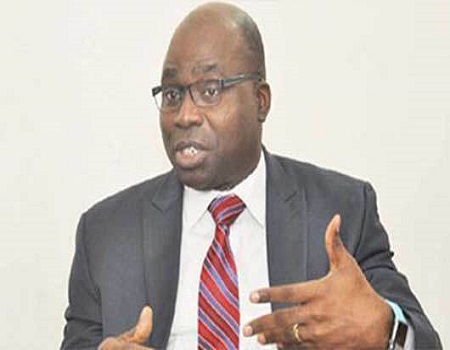 According to a report by PM News, the Independent Corrupt Practices and other Related Offences Commission (ICPC) says it has uncovered gross abuse of personnel budget and inflation as well as padding of nominal role by some Federal Ministries, Departments and Agencies (MDAs) amounting to N18.62 billion.

The Chairman of the ICPC, Prof. Bolaji Owasanoye, made the disclosure at the National Summit on Diminishing Corruption in the Public Sector and presentation of integrity awards, organized by the Office of the Secretary to the Government of the Federation in collaboration with ICPC, in Abuja on Tuesday.

According to him, the discovery of the scam followed the launching of the commission System Study and Review of MDA Practices, involving over 300 MDAs.

He said: “As at the time we went to press we had covered about 300 MDAs and the amount inflated was about N12billion.

“As at today your Excellency we have discovered additional N6b making a total of N18.624b restrained by ICPC.

“The exercise is still ongoing but we can confidently report that culprit MDAs are mostly academic and health institutions. For example, preliminary findings show the following –

“These institutions and all those implicated will be given the opportunity to explain themselves however, while investigations are on to confirm any credible explanations they may have, we have alerted the Minister of Finance of our findings and appropriate steps are being taken to ensure that implicated MDAs will not be able to spend the excess built into their personnel budget.

“Let me note with regret sir that in the 2017-2018 fiscal year the balances recorded for personnel were wrongfully utilized by MDAs for other purposes due to lack of proactivity by late enforcement and related agencies. That sum amounted to N18.39b.’’

In light of these findings, the ICPC Chairman stressed the need for full implementation of the presidential directive that MDAs not on IPPIS should not be paid as the commission’s review had shown that most of the guilty MDAS were not on IPPIS.

He added: “In a similar vein, we found that some MDAs spent N9.2billion of capital funds on overhead related items contrary to extant financial regulations.

“We found to our surprise that some MDAs fail to remit tax and divert pension and NHIS deductions for unrelated payments thus aggravating the sufferings of other Nigerians.

“Some MDAs abused the e-payment policy of government thus making payments through staff accounts instead of to actual beneficiaries. Most egregious in the current cycle of review is the Federal Ministry of Water Resources where N3.3billion was paid out in about a month through the accounts of staff.

“ICPC arrested 59 directors from the ministry and investigation is ongoing.’’

The chairman expressed the hope that the conversation at the two-day summit would lead to concrete suggestions towards reducing these “anomalous practices and processes that fuel corruption and undermine the development aspirations of the country’’.

He pledged that the ICPC would take enforcement actions including recovery of diverted funds, name and shame and prosecution of the most egregious cases of infractions while putting some MDAs on a watch list due to their vulnerability and propensity to corruption.

“We recommend that diversion or non-payment or remittance of tax, pension, health insurance or any statutory deduction should attract dismissal of head of the agency and immediate prosecution.

“Should government accept this recommendation ICPC will furnish government with list of defaulting MDAs,’’ he said.