Viral video of a mother of a Queen's College student fighting the security guards of her daughters school over her fixed lashes has made the rounds. 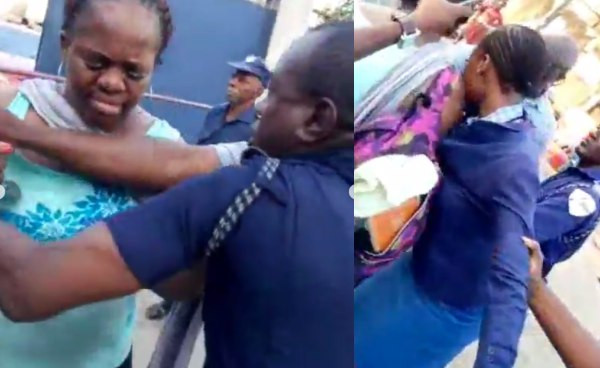 A mother of a Queen's College student was spotted in a viral video fighting the security guards of her daughter's school.

The yet-to-be identified woman allegedly engaged the security guards in a fight for turning back her daughter who fixed eyelashes.

Seun Oloketuyi who shared videos from the scene, alleged that the woman also manhandled those who didn't support her.

He wrote "Queens College student being supported by her mother for indecent dressing. You can see her eye lashes, the security men stopped her and the mother resorted to manhandling the security man and others that didn't support her."