He called on the opposition candidates to join hands with the Governor-elect to put Bayelsa State on the path of success. 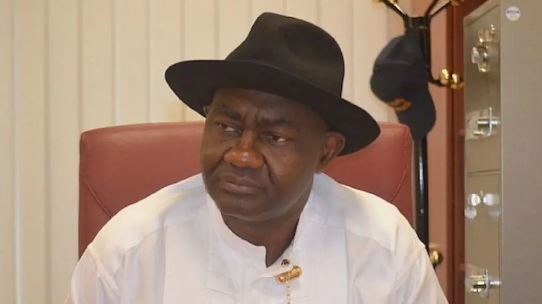 It was reported that Lyon defeated his closest rival, Duoye Diri of the Peoples Democratic Party (PDP) who scored 143,172 votes.

Reacting, Abe, in a statement signed by his spokesperson, Parry Saroh Benson, on Wednesday congratulated members of the All Progressives Congress (APC) and the people of Bayelsa State for turning-out en masse to vote for ‘one of their own.

He called on the opposition candidates to join hands with the Governor-elect to put Bayelsa State on the path of success, instead of wasting scarce resources on needless litigation.

“We join in the celebration of the APC family and the entire people of Bayelsa State in this historic victory that has redefined the politics of Nigeria.

”It’s time to start a new conversation, to celebrate the triumph of the politics of ideas over the politics of violence and mediocrity that has characterized the Niger Delta region.

”I want to publicly appreciate His Excellency, Hon Timipre Silva, Minister of State for Petroleum and the leader of APC in Bayelsa State, for finally proving to Nigerians what we have always asserted, that with the right leadership, the right attitude, proper consultation, planning and mobilization, the APC can easily win elections in the South-south Geo-political Zone, without undue violence.

”This victory of the APC in Bayelsa has vindicated our stand.”