Sowore, Bakare and Jalingo have been in detention since August 2019 for expressing views critical of the government. 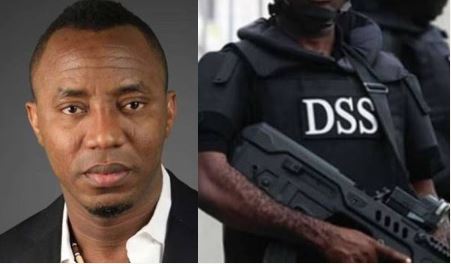 It said the men have faced ongoing arbitrary detention and unfair trials solely for exercising their right to freedom of expression.

The Media Manager of the international human rights organisation, Isa Sanusi, in a statement in Abuja on Wednesday said the Nigerian authorities at both federal and state levels have repeatedly targeted human rights defenders, activists and journalists, by stifling dissenting voices and passing repressive legislation to restrict the civic space.

Sowore, Bakare and Jalingo have been in detention since August 2019 for expressing views critical of the government.

Despite meeting the stringent bail conditions, the Department of State Services has failed to obey a court order to release Sowore and Bakare.

Jalingo’s bail applications have also been repeatedly and unjustifiably rejected.

Programmes Manager, Amnesty International Nigeria, Seun Bakare said, “We consider Sowore, Jalingo and Bakare to be prisoners of conscience detained solely for exercising their human rights. The Nigerian authorities must drop all charges against them and release them immediately and unconditionally.”

He added, “Sowore, Jalingo and Bakare’s continued detention is a matter of shame for Nigeria. Their cases show just how far the authorities in Nigeria can go to silence their critics.

“The government of President Muhammadu Buhari needs to stop filing bogus and politically-motivated charges against critics, and start listening to what they have to say.”

The AI also asked the authorities to stop using the security agents and judiciary as a tool for persecuting people who voiced dissenting opinions, challenged abuse and call for accountability.