The development began a few minutes after the commencement of the proceeding thereby causing a disruption. 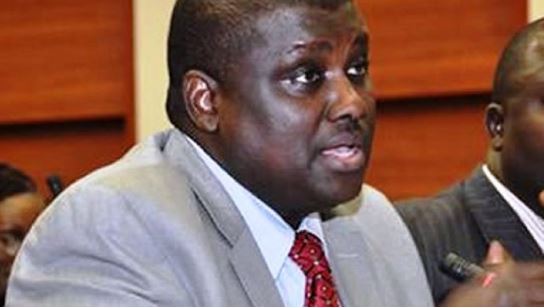 Justice Okon Abang of the Federal High Court, Abuja, on Thursday, stepped down proceedings in the continuation of trial of Abdulrasheed Maina, Chairman, defunct Pension Reform Task Team (PRTM), over his failing health.

Justice Abang, who made the remark, said the order was to allow Maina, who was in court take his medication.

The development began a few minutes after the commencement of the proceeding.

The News Agency of Nigeria (NAN) observed that when the matter was called, Maina, who was sitting with families and officers of the Nigerian Correctional Services, was assisted up by two of the officers, so as to be taken to the dock by his counsel, Francis Oronsaye,

However, the judge order that he should be left to sit where he was.

When the proceeding started, the attention of the judge was brought to Maina’s deteriorating health condition by Oronsaye.

“My Lord, my client is bleeding and I will seek your indulgence to allow him take his medication,” he said.

Justice Abang, therefore, granted the request and stepped down for 20 minutes

It was also reported that at the last adjourned date, November 7, Maina had appeared in court on a wheelchair following alleged health complications.

Maina who was in court alongside his son Faisal is charged with 12 counts bordering on money laundering, operating fictitious bank accounts and fraud.