How I Killed My 72-year-old Father - Son Narrates


A man has narrated to Police in Oyo State how he killed his father during a fight. 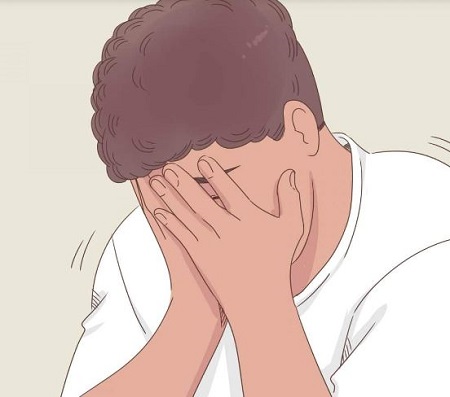 The Oyo State Police Command, on Thursday, paraded 41 suspected criminals, among whom was a 32-year-old man, Ibrahim Isiaka, who allegedly murdered his father.

Ibrahim, who lives in the Alagbaka area of Ashi, said he did not have the intention of killing his 72-year-old father, Busari Isiaka.

He said he was engaged in a heated argument with his father and in annoyance, he pushed him in the chest from a storey building and Busari fell on the staircase and died in the process.

When he was asked to explain why he pushed his father, Ibrahim  said, “On the day of the incident, I went upstairs to meet him.

“He had dressed up and was about to leave for an outing. I pushed him.

“Before then, I had not been fighting him. The only thing we used to argue about was the way he was drinking to a stupor. But on that day, I just went upstairs and I pushed him. He fell on the staircase and rolled down.”

When asked about his mother, Ibrahim said, “My mother is dead. She died many years ago.”

Ibrahim’s brother, Taoheed, 41, told journalists that he and his other sibling, Murtala, 36, were not at the scene of the incident, but they received calls that Ibrahim and their father were fighting and that the old man had died.

Taoheed stated, “I was at a site when I got the call and I rushed down to my father’s house.

“On getting there, I discovered that it was true that my father had died. So, I informed my father’s sibling about the development and he told me that he was at the Adeoyo State Hospital.

“About one hour later, he called me that he could not come and that the children should organise his burial.

“Our father was a Muslim and we invited Islamic clerics, who conducted a brief funeral service for him and he was buried within the compound.

“But an unknown person reported the matter to the Police and a few days after the burial, three of us were arrested by the police.

“Apart from Ibrahim, Muritala and I were arrested for not reporting the matter to the police.”

Ibrahim was paraded alongside 40 others by the Commissioner of Police in the state, Shina Olukolu, for kidnapping, armed robbery, murder, conspiracy and cultism.

Olukolu explained that Ibrahim killed his father on November 11, 2019, around noon and the incident was reported at the Ashi Divisional Police Headquarters around 6pm on the same day.

The CP said, “His two brothers immediately raced to their father’s house and prepared his corpse for burial without reporting to the police in order to conceal the heinous crime perpetrated by their brother, Ibrahim. Their father, Busari Isiaka, was hurriedly buried the same day.

“Ibrahim Isiaka was thereafter arrested along with his two brothers. He confessed to the crime, while his brothers also confessed to burying their father the same day to prevent the police from arresting Ibrahim as advised by some people.”