Leona had left a note that detailed her 'negative feelings, a downward spiral and feelings of self-loathing'. 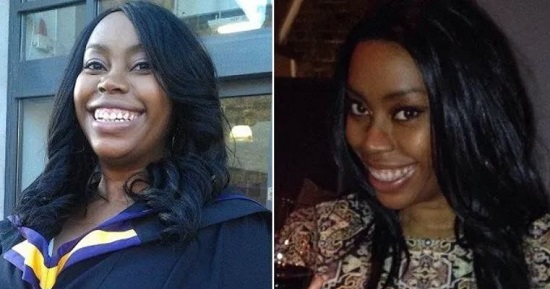 Leona Goddard was described as ‘outstanding’ by colleagues (Picture: MEN)

A dedicated nurse took her own life after the stress of 12-hour hospital shifts left her unable to lead a life of her own, an inquest has heard.

Leona Goddard, 35, wanted to settle down and have a family but felt she could not even have a social life because of her unpredictable work hours and extra responsibility.

She was described by colleagues as ‘outstanding’ in her work in a mental health unit at Prestwich Hospital, Manchester.

She worked long hours and formed the belief that she was not good enough at her job. Six months after being promoted to nursing manager she was found hanged at home by her mum in Greater Manchester on October 3 last year.

Leona had left a note that detailed her ‘negative feelings, a downward spiral and feelings of self-loathing’.

College friend Danielle Hinds said that Leona ‘struggled with shifts she was given and found it difficult to maintain a social life around them.’

She continued: 'Leona was saving money for a house deposit and she was looking for a home she wanted to live in but didn’t find anything and it was difficult for her to carry out her search because of shifts she was assigned to.

‘Over the years we had a few conversations and when she felt at her worst she would make flippant jokes about pills and wine being her way out.’

Her ex-boyfriend Peter Schaffer told the coroner about her desire to have children, but the changing shift patterns led to frustration.

He said: ‘[Following her promotion] the plans were for her to take on extra responsibilities and enable her to get on a course to improve her employability.

‘She did want to stay in mental health and the NHS but in a capacity that would give her more of social life.

‘The only reason she stayed in the job that was not healthy for her was a light at the end of the tunnel.’

Leona was signed off work nearly two months before her death and she later told ward manager Claire Hilton when she was due to return to work that she ‘felt low and had not been out of bed for a week.’

Ms Hilton said: ‘Her death was a shock for colleagues and patients. She was really valued, rated as outstanding and we have started a memory book with pictures and recollections for her family.

We have nothing but fond memories for Leona.’ Leona’s mother Corrine said: ‘The shift work, in particular, got her down as she did a 12-hour shift. Leona had not had any long-term, steady relationships and the most recent one ended by text message.

‘Despite the fact Leona might have been stressed at work none of us fully realised she was feeling depressed and sad. Her death has affected the whole family deeply. We all miss her, asking why this happened.’

Coroner Angharad Davis recorded a conclusion of suicide adding: ‘Colleagues describe her as a bright, clever, caring nurse but it is clear from the evidence that the job role was causing Leona stress because of the difficulties working and the stress of the job itself.

‘Also, Leona did not share the same views of herself as the colleagues had of her.

'They thought she was very capable and deserving of that promotion while Leona had been suffering stress about her work for some time and was signed off work for a few weeks.

‘Having considered all the evidence read and heard it seems that Leona was under a great deal of stress going on for a long time. She had very low self-esteem and did not recognise in herself the person that everybody else saw.

‘She was a young woman who made a career helping people who were in trouble and using skills that she had to best effect. It’s absolutely tragic that she didn’t recognise what a wonderful person she was.’