A man has been rescued from jumping to his death from the 3rd Mainland Bridge by the Nigerian police. 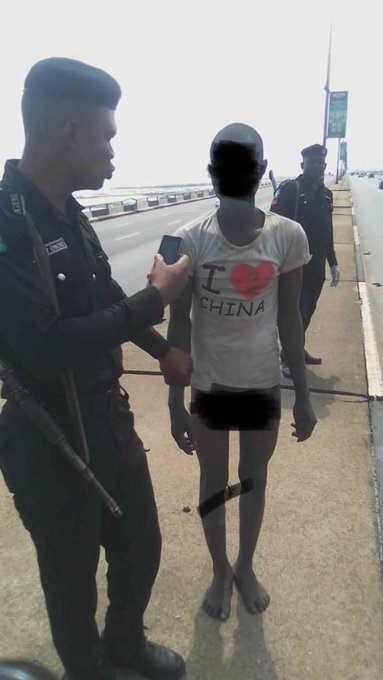 The man was saved from jumping

It was pure drama that ensued in Lagos after a man tried to jump off the Third Mainland Bridge in Lagos.

The man tried to jump off the bride today, 25th November, 2015, causing serious stir in the area. However, the RRS officers jumped into action and rescued the man from committing suicide. 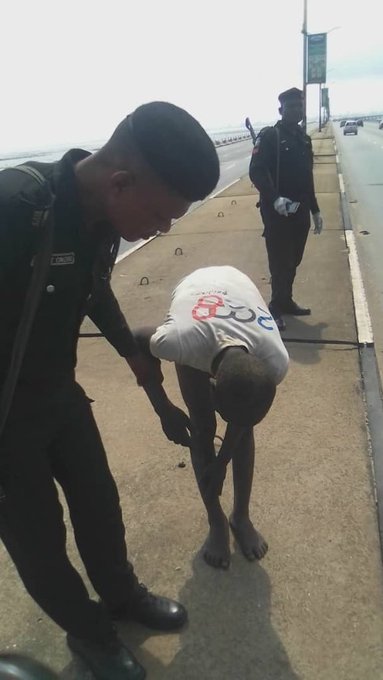 The RRS shared pictures of the man on Twitter and explained that the man sounded incoherent when he was interviewed.

"RRS officers on 3MB just prevented this man from jumping into the Lagoon. He was interviewed and sounded incoherent. He has been taken to Adekunle Police Station for his family to be contacted. #TheGoodGuys," RRS wrote. 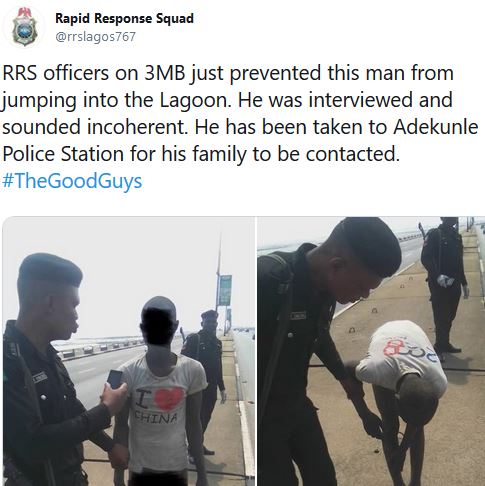