Police Rescue Two Stolen Children In Anambra, Hands Them Over To Their Parents (Photo)


The Nigerian police has rescued two stolen children from the grip of their captors and handing them over to their parents. 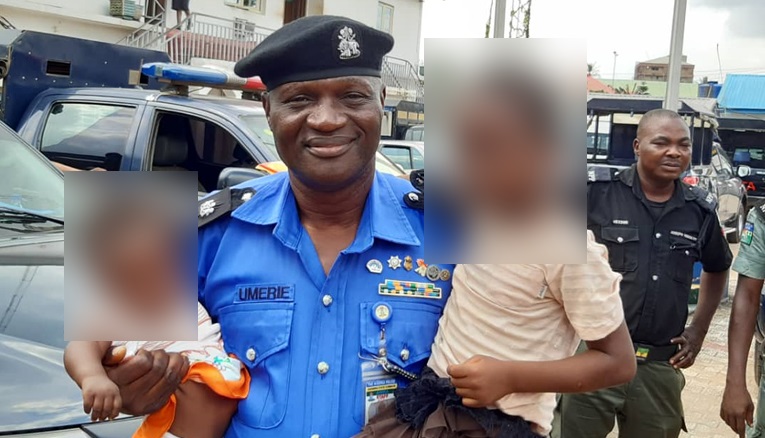 The children were rescued by the Police

According to Punch Metro, the Anambra Police Command on Monday rescued two children allegedly stolen by two women suspects in the state.

Handing over the children to their parents at the command’s headquarters in Amawbia on Monday, the police warned parents to be wary about the whereabouts of their children.

The Police Public Relations Officer in the State, Haruna Mohammed confirmed the incident.

He said the two women from Enugu and Imo States, who allegedly stole the children had been arrested.

The police spokesperson said the children had been reunited with their parents.

“Preliminary investigation by Police detectives attached to Otoucha Division revealed that the two children were allegedly stolen from Enugwu Aguleri in Anambra East LGA by one Ani Chisom, 28, of Amuri in Nkanu-East LGA of Enugu State and Afamefuna Udodili, 32, of Orodo in Mbaitolu LGA of Imo State respectively.

“Following the public announcement by the command, parents of the two kids from Enugwu Aguleri came and identified their children. They also revealed their names as Confidence, five years and Blessing, seven months old respectively.

“The children have since reunited with their parents and the case is under investigation after which the suspects would be charged to court.