The minister assured that the government through diplomatic channels would continue to engage its neighbours to agree to comply with the ECOWAS Protocol on Transit. 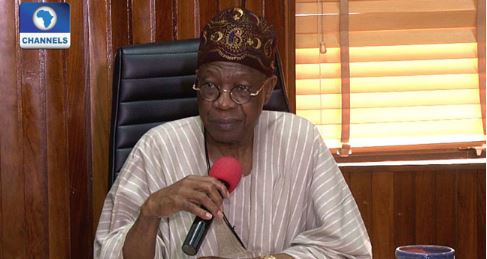 The Federal Government on Monday, said items estimated at N3.5 billion have so far been apprehended with the partial closure of its land and maritime borders with neighbouring countries.

The Minister of Information and Culture, Alhaji Lai Mohammed, disclosed this on Monday at Seme, a border town between Nigeria and Benin Republic.

The News Agency of Nigeria (NAN) reports that Mohammed is among the Federal Government ministerial delegation on inspection and assessment of the potency of the border closure directive.

Addressing newsmen after the inspection, the minister said no fewer than 296 illegal immigrants had been arrested during the ongoing exercise.

“In the area of security, the ongoing exercise has recorded a number of seizures and arrests that would have had grave security consequences.

“The estimated values of the apprehended items is about ₦3,5 billion,’’ he said.

The minister said that the partial closure had so far curbed the smuggling of foreign rice into the country, in addition to other prohibited items.

He said that as a result of the closure, Niger Republic had already circulated an order banning exportation of rice in any form to Nigeria.

“Our series of interactions and engagements with Rice Miller Association of Nigeria since the commencement of this exercise, has shown that the border closure has enhanced more production and milling of Nigerian rice.

“Patronage of Nigerian rice has increased and farmers are expanding their farms as well as engaging more hands.

“The border exercise has also curbed diversion of petroleum products from Nigeria to neighbouring countries.

“Furthermore, the border closure has impacted positively on revenue generation of the Federal Government which in turn will be used to build more infrastructure and develop critical sectors of the nation’s economy,” he said.

“The minister said that 95 per cent of illicit drugs and weapons being used for act of terrorism and kidnapping in Nigeria come in through the porous borders.

“He, however, noted that since the partial closure, the acts had been drastically reduced.

“Our conclusion is that, the arms and ammunition these terrorists and criminal elements were using no longer gain access into the country.

“In addition, the drugs which affect the health and the wellbeing of Nigerians have equally been reduced,” he said.

Mohammed said the exercise had provided a platform for the various participating agencies to jointly operate together thereby strengthening inter-agency collaboration and reducing animosity.

He recalled that the government took the measure in August to address the numerous trans-borders economic and security challenges confronting the nation.

“These challenges range from banditry, kidnapping, smuggling, illegal migrants and proliferation of light weapons among others.

The minister blamed the neighboring countries for circumventing the ECOWAS protocol on transit.

“For clarity, the ECOWAS protocol on transit demands that when a transit container berths at a seaport, the receiving country is mandated to escort same without tampering with the seal to the border of the destination country.

“Unfortunately, experience has shown that our neighbours do not comply with this protocol. Rather, they break the seals of containers at their ports and trans-load goods destined for Nigeria,” he said.

The minister assured that the government through diplomatic channels would continue to engage its neighbours to agree to comply with the ECOWAS Protocol on Transit.