Why Local Rice Costs As Much As Imported Rice - Expert Reveals


A senior rice specialist at the Africa Rice Centre has talked about why local rice costs just as much as imported rice. 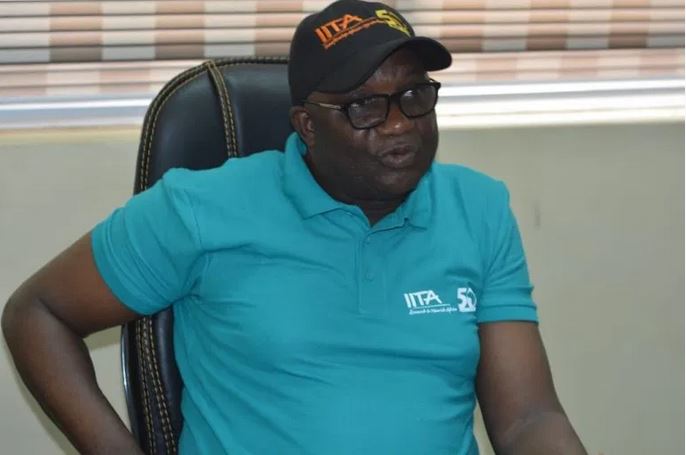 A senior rice specialist at the Africa Rice Centre, a pan-African rice research organization, Philip Idinoba says the reason a bag of imported rice costs as much as its local variety is as a result of the cost of production in the rice value chain in Nigeria.

The centre works with the International Institute of Tropical Agriculture (IITA), Ibadan. Mr Idinoba spoke with our REPORTER, OGE UDEGBUNAM, in Abuja. He said the government should subsidize the production process to help reduce the cost of local rice. Excerpts:

PT: In recent times, the price of imported rice appears to be similar to the local blend. Why do you think this is so?

PHILIP: The reason for this is simple: The cost of production of local rice is quite high. Before now, the government was working on three tracks – improving quality, improving quantity and improving efficiency along the value chain.

The efficiency along the value chain is tied down to these three factors.

For instance, a rice miller in Anambra State will have to go to Niger State, moving from village to village to mop up the rice paddy that will be taken to Ebonyi State or something like that.

The cost of transportation alone is very high. Also, these millers do not have electricity supply most of the time. The cost of servicing the generators, like supplying diesel, is very expensive.

In addition, they do not have a good mechanism to run these mills. Any little problem, they will have to look for an Indian who works with Mikano to replace the parts. So, they are still facing serious problems in all the mills.

Then, we take it back a little to the farms. The cost of production per hectare is also very high. We don’t have technology for transplanting or harvesting.

The variety we are using can take up to nine tonnes. Only a few farmers get up to six tonnes, because the production environment is not so well-developed.

One can have a variety that can produce nine tonnes. But, if one does not level the ground in a way that one can control the water, and the water will rise into the plot. If you put 9:20 fertilizer blend, only 20 per cent of the fertilizer will be utilized. Others will be wasted.

Then, one would be sure of getting the yield one expects. But, we don’t have that here. So, what people are doing is very little to get what they can get.

You can plant with fertilizer today, and it doesn’t rain for the next two days. If it is Nitrogen, then the fertilizer is wasted. So, at production level, people in Kebbi and Sokoto States, some of them use like 250,000 per hectares of land.

As you go down South, cost of production is dropping, because most of the farmers are not using very intensive methods.

If you go to Anambra State, for instance, they just throw the rice to the fields and just expect that everything will grow well.

But, the people in the North, like Kano, Jigawa, Sokoto and Kebbi States, try to prepare their fields. They transplant and do all the things they need to do and prepare for eight tonnes.

Indeed, some of them are getting up to that. But, if the other factor, like water availability, is not controlled, one cannot guarantee other factors, then you may not get it.

The higher the yields one gets, the lesser the cost of production per unit area. If I use a cost of N100 to produce, and I get two bags, or I begin to get four bags, it means the effective cost is N50, not N100.

Improved productivity increases the yield. We don’t have technology for planting or harvesting. This is one of the bottlenecks the Nigerian government is having.

PT: In that circumstance, is there any role the government can play to bring the cost down?

PHILIP: The only thing I think the government can do would be to pay the remaining 50 per cent to the fertilizer manufacturing company under some kind of arrangement.

These are the indirect involvement of institutions like the Central Bank of Nigeria (CBN) and other agencies involved in agriculture.

It is mass subsidy because the money is not given directly to the farmers. But somehow the government is cushioning the production of rice in the country.

So, the cost of producing rice in Nigeria is still very high. We can reduce the cost in two ways.

First, through subsidy and two, increasing productivity, so that the amount of output will get higher per unit area.

The third point is the introduction of technology to reduce the cost of production.

The places we import rice from are like Nigeria. But, their governments subsidize their production. For instance, India, Vietnam, China, and Thailand provide subsidies for their farmers.

But they hide it, because they don’t want to be accused of favouring one sector over the others. You call it a smart subsidy.

The (Goodluck) Jonathan administration was doing it through the E-wallet thing where farmers were given fertilizers and seeds free.

That was the kind of subsidy used to trash the challenges and we were getting results. What’s bad was that since the present government came in, we have not seen any of the previous administration’s polices implemented.

Cost of production in those other countries are low, because their governments subsidized and they have some simple technology to produce and still have good environment.

But ours is different, especially the upland. If one uses tractors, then one will not be able to use that soil again, unless one has to find a solution.

A lot of people say tractors should be given to farmers. But, our soils are so fragile. These are the factors that make our rice much more expensive. Once it is easier for one to go to the backyard and pick a bag for N50 and sell it for N150, the attraction will still be there.

Whether border closure or not, with time people will devise a means of beating the Nigeria Customs operating at the borders and bring in the rice.

PT: Do you think Nigerian rice farmers can produce enough to meet the demand for the rice required to feed Nigerians?

PHILIP: Within two seasons, we can produce enough to meet local demand if the right things are done. But, the government does not have the political will to do the right thing.

If the farmers planting rice during the wet season from Sokoto to Ebonyi States, the majority are relying on rain for their production.

In the wet season, every farmer who wants to plant rice can plant rice, whether in the upland system or in the lowland system.

Most of our rice is 90 to 120-day variety. So, if they were six million and we can still get half of them, that is three million, to plant in the dry season, then we will soon come out of the problem.

In Kano, Sokoto, Kebbi and Jigawa Zones, a lot of dams have been developed there. Kebbi State, for instance, we can get water in three metres.

The rivers in Sokoto and Zamfara States made it possible for the presence of good ground water and they are well connected.

People in this area can get water at two to three metres, maximum of six metres. But, if you try to dig in Adani (Anambra State), you don’t get it in 15 metres.

We actually brought farmers from the North who dug this to help those in Anambra State, they had to dig to 15 metres, but their rods were not more than 12 metres.

Most of our people who grow rice during the dry season are people who pump water from the rivers, or dig the borehole they are using. The government needs to prepare, make water available.

I hope you have heard of rivers rising and water carrying people around? These are not curses, but blessings.

We are not taking the opportunity of the good resources we have. If Niger River was dredged, all that water will contain there and it will be used for transportation of cows to have enough water, whether it is for RUGA or not.

Why is Kano State the home of agriculture in Nigeria? Because the Ahmadu Bello’s government in the 1960’s was able to build small water bodies.

If all the states in the North have the same amount of dams like Kano, then we are good to go. Anywhere you have those water bodies, the microenvironment changes. Evaporation that will give rise to rainfall.

Funny enough, we have a good environment that will enable all these things. But, the government deliberately does not do it. This is not rocket science. We are not using our brains.

To build a dam, does it cost a lot? All a state government needs to do is to survey where they can trap water and release the water. In two years, we can be self-sufficient.

They can try to dig wells or boreholes. We have them in Anambra and Enugu States. So, we can place them in farmers’ stead. Clusters of about 20 to 100 farmers on that farm and use industrial boreholes to irrigate their farms. So, we can produce our rice in the wet and dry seasons.

But, if we keep doing what we are doing, thinking that one crop will take us out, then we are just joking. We are making efforts, but the efforts are not marginal, because the rate at which people are consuming rice is at 5-to 7 per cent, because the population is growing at 3 per cent.

PT: How will the late rains affect rice production in the country?

PHILIP: The late rains is good for rice production. In 2017, rice farmers in Orumba in Anambra State cultivated rice in August. And we were all screaming no. But, it came out well.

From Anambra to Port Harcourt, one can expect rain throughout December. One still gets one or two rainfalls in January.

If we are very serious-minded that we want to improve the local rice production, then we should trap all these rain and put them where they are to be.

It will be beneficial. They need to restructure their farming calendar season and make use of data. It is not bad. This is the water we would have trapped. But here we are allowing it to go away. We have to get serious.