While mentioning that the revenue to GDP was low, he urged the Federal Government to increase its drive to create more jobs and revamp its fiscal consolidation. 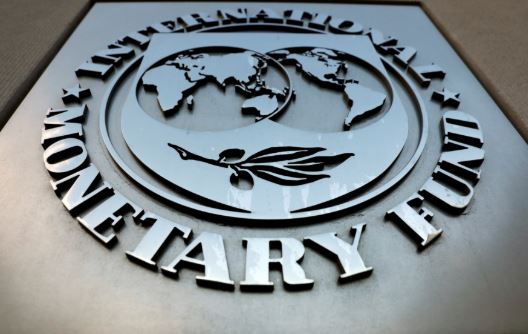 The IMF Senior Resident Representative and Mission Chief for Nigeria, Mr Amine Mati, has said that Nigeria’s debt to gross domestic product ratio at 28 per cent has increased but is still below the average sub-Saharan Africa and Africa as a whole.

He said this at the public presentation of the ‘Fall 2019 issue of the regional economic outlook for sub-Saharan Africa,’ in Lagos on Wednesday.

While mentioning that the revenue to GDP was low, he urged the Federal Government to increase its drive to create more jobs and revamp its fiscal consolidation.

He said, “Nigeria’s debt has increased but the level is way below the average for the region. Even if we include the CBN overdraft and others, we are talking about a debt to GDP ratio that does not go beyond 27 to 28 per cent to GDP and that is including AMCON overdrafts and others.”

“In most countries, you would see debt is about 50 per cent to GDP and has increased since 2016 in all cases. But what is new is that most of the countries are back on a sustainable path and have plans to reduce debt through fiscal consolidation and they seem to have stabilised.”

“The growth in per capita to the GDP since 2016 has been sustained for the 12 group of countries and has stayed sluggish for the group of countries because they have to be dealing with trade shock and how they respond to the shock has also affected what is their path.”

In April, at the joint annual spring meetings with the World Bank in Washington DC, the IMF had expressed worry over Nigeria’s ability to repay its foreign debt, which was put at N24.387tn.

In October, the IMF at another forum called for an effective debt management strategy that would ensure that the amount borrowed posed limited risk and the funds deployed for developmental purposes.

The Managing Director, Financial Derivatives Company, Mr Bismarck Rewane, said, “We don’t have a debt crisis; we have a revenue problem but there are also other problems such as poverty, productivity. So, it is not as if we have a debt or revenue problem. Also, what we use our revenue for is also important.”

Rewane, who is also a member of the President’s Economic Advisory Council, added, “The government expenditure and the government investment multiplier is much lower than the private sector multiplier and the difference between the flow of wealth and the stock of wealth is a different story.”