Revealed: How State Governor Paid Himself N360m Pension Shortly Before He Left Office


Details have emerged showing how a former Governor paid himself pension of N360 million shortly before leaving office. 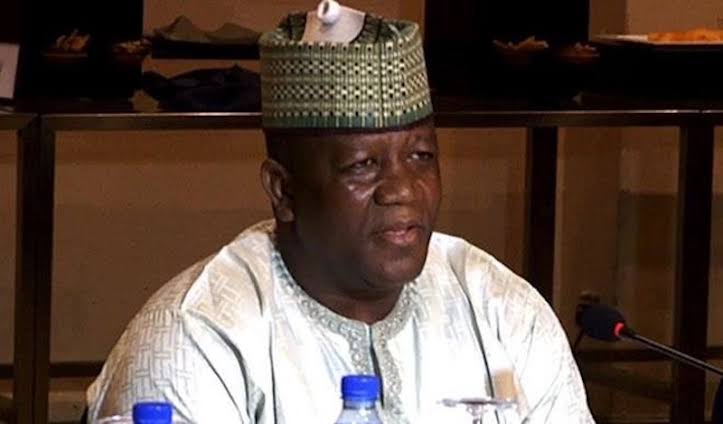 Former Zamfara state Governor, Abdulaziz Yari Abubakar
Governor Bello Mohammed Matawalle of Zamfara state has accused the immediate past governor of the state, Abdulaziz Yari Abubakar, of paying himself N360 million from the state pension funds shortly before he left office, a report by DailyTrust has revealed.
The governor said this in Wednesday while assenting to a law stopping jumbo allowances for former governors, deputies, speakers and their deputies in the state.
The Speaker of the state House Assembly, Nasiru Muazu Magarya, and other principal officers of the House had brought a bill before the governor for assent.
Matawalle, while assent the bill, said, “If you could remember former governor Yari had sent a letter to me demanding that his N10 million monthly upkeep allowances be paid and he was even threatening to take me to court should I fail to pay the money.
“I called my deputy, the state assembly speaker and his deputy and asked them whether they need such mind-boggling allowances and they all answered in negative. Then, we decided to repeal the law backing the payment and I have assented to it.
“Our successors will not find it easy to come up with such obnoxious law to pillage the little resources of the state in the future.
There is no reason whatsoever the state could afford to pay the past leaders a whopping sum of N702 million annually to the detriment of dying pensioners in the state,” Matawalle said.
“It is on the record that the backlog of pension and gratuity for local government workers and primary school teachers left behind by Abdulaziz Yari’s administration stands at N3billion while that of the state government retired civil servants also stands at N3billion. “What moral justification could be offered for such a Jumbo package for a select few when the social index has consistently indicated that the majority of our population lives in abject poverty?” he queried.
According to the governor, for anyone to become governor or attain any top position in the state, or means they were already financially well to do.
Top Stories

''How Are You Different From A Fraudster Ma?'' Toolz Tackles Diezani Alison-Madueke Over Her Statement On Yahoo Boys

No Politician’s Ambition Is Worth Your Blood, Okunbo Warns Edo Youths