Girl Poisons Her Bestfriend, Posts RIP, But She Miraculously Recovers


In a dramatic turn of events, a girl has recovered after being poisoned by her bestfriend.

A young South African woman by name, Lattie X Penelope has shared a rather shocking experience on Facebook, advising people to be mindful of who they trust as their ‘bestfriend’.
Using her sad experience as a case study, Lattie narrated how her ‘bestfriend’ poisoned her and posted RIP on her page while she was still battling with her life.
According to Lattie, her evil friend whom she had been friends with since childhood, poured iodine into her drink and kept asking her if she was okay while she gulped the drink.
She went ahead to post RIP on her page before anyone else, with the mindset that Lattie wouldn’t make it out of the hospital. But Lattie survived.
Although still on drugs, Lattie is thankful that God gave her another chance to live. Lattie also mentioned that she’s barely unable to speak properly at the moment due to the poison. 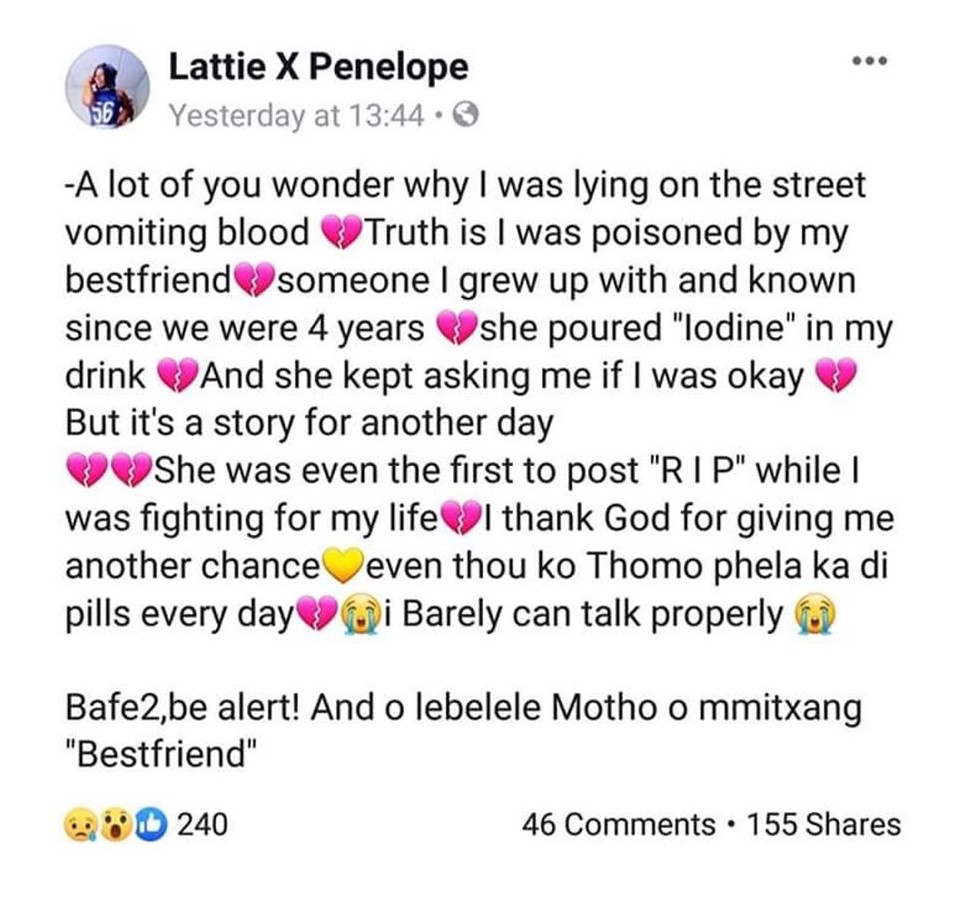 Jubilation As Father Of 30 Who Became An Overnight Millionaire After Digging Rare Mineral Worth £2.4m Finds Another One Worth £1.5m
Popular Stories