A 38 Year old woman has allegedly laced her stepdaughter's food with a poisonous substance, killing her. 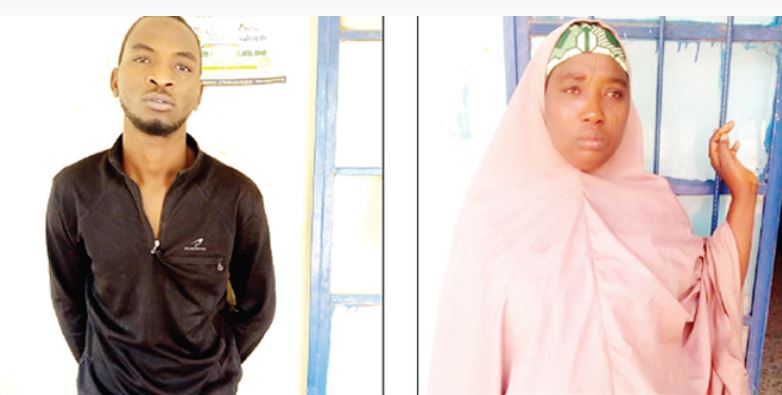 The police in Katsina State have arrested a 38-year-old woman, Aisha Abubakar, for allegedly killing her stepdaughter with a poisonous substance.

Abubakar, who resides in the Sabuwar Unguwar Quarter, Rimi Local Government Area of the state, allegedly laced the food she gave the four-year-old victim, who was the daughter of her husband’s late wife.

The Police Public Relations Officer in the state, SP Gambo Isah, confirmed the incident on Tuesday.

Isah stated, “On November 28, 2019, the command arrested one Aisha Abubakar, 38, of the Sabuwar Unguwar Quarter, Rimi Local Government Area of Katsina State, who killed her stepdaughter, aged four years, who was kept under her care, by giving her poisoned food. The victim was rushed to hospital and later confirmed dead by the attending physician.

“In the course of investigation, the suspect confessed to the crime. Her motive has been a long-standing hatred she had for the mother of the victim. Investigation is ongoing.”

In another development, a 22-year-old graduate of Chemistry and Biology from the Federal College of Education, Gusau, Zamfara State, Ibrahim Kasim, has been arrested by police detectives from the Katsina State command for masterminding the kidnap of his six-year-old stepsister.

Isah confirmed that Kasim was arrested on November 28, 2019.

It was gathered that Kasim and other members of his gang kidnapped the victim from the family house along Sokoto Road, Makera in the Funtua Local Government Area, and took her to Talata Marafa in Zamfara State on April 16, 2019.

The police spokesman said, “A SARS patrol team led by SP Andrew Alphouse arrested the mastermind. In the course of investigation, the suspect confessed to have conspired with his girlfriend, one Murja of Zamfara State.

“He further stated that he was the one who organised the kidnap, including giving out the phone number of his father to his cohorts, who demanded the sum of N10m. The command is making efforts to apprehend other members of the syndicate. Investigation is also ongoing.”

Kasim told newsmen in an interview at the police headquarters that he only collected N2,000 out of the N200,000 part payment made from the N10m ransom demanded from his father.

He stated, “It was my girlfriend, who sold the idea of the kidnap to me. I am a graduate of Chemistry and Biology from the Federal College of Education in Zamfara and my father is a pharmacist. I am working under my father. I was not in my right senses when we were arranging the kidnap and I am regretting my action now.