Some smugglers have been caught hiding petrol inside coffins in a community in Ogun state. 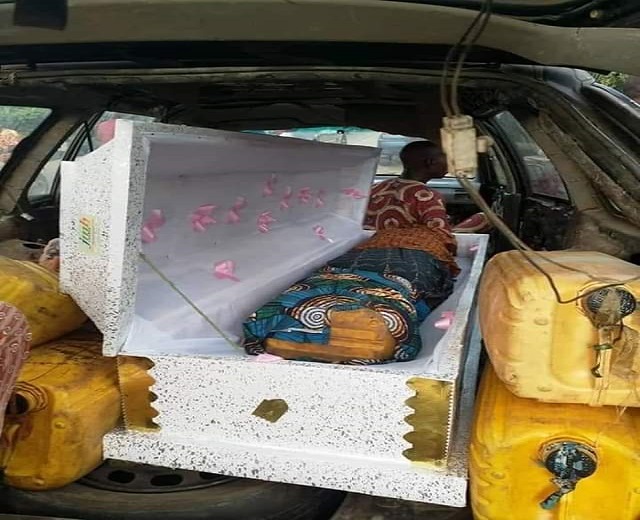 The Jerry cans secretly conceded in a casket intercepted by Customs at the Nigerian border in Ogun state.

According to Punch Metro, a joint anti-bunkering team of the Nigeria Customs Service, Idi-Itoko, in the Ipokia Local Government Area of Ogun State has intercepted 13 Jerry cans of 25 litres and six jerry cans of 10 litres of petrol allegedly concealed  in two caskets by  suspected smugglers.

The suspected smugglers were said to have attempted to smuggle the fuel kept in jerry cans and concealed them in two caskets  into  Benin Republic before their plan was thwarted.

The Federal Government has banned supply of fuel  to 20 kilometres radius from the border areas in the  country.

It was further gathered that the suspected smugglers  reportedly abandoned the items and bolted away to avoid arrest by  the men of the  task force  in the border area.

The Public Relations Officer of NCS, Ogun 1, area command, Abdullahi  Maiwada,  confirmed the incident in an electronic  statement he issued on Wednesday in Abeokuta. 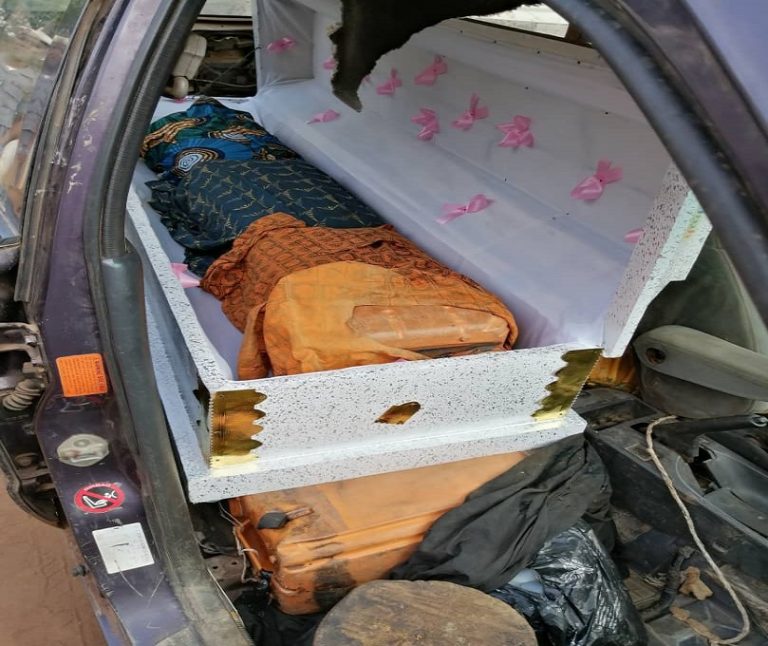 Maiwadah stated, “In continuation of the fight against smuggling, a Joint Special Task force comprising of officers and men, of Ogun I Command, Federal Operation Unit Zone “A” and CGC’s Strike force intercepted 13 jerry cans of 25 litres and six jerry cans of 10 litres of Premium Motor Spirit  concealed clandestinely in two caskets.

“The said items were conveyed by dare-devil smugglers with the intention of smuggling the items across the border to a neighbouring country in a Mazda 626 with Lagos registration number LSD 617 CW. “

Maiwada, however, said the state command of  the NCS reiterated  it stand that there would   be no retreat on the fight against smuggling in whatever disguise.

He said, “We therefore appeal to the general public to embrace legitimate means of livelihood and to avoid smuggling in all its ramifications.

“The eagle eye is all around Ogun State to halt new techniques initiated by economic saboteurs to perpetuate their illicit acts.”