Arsenal vs Brighton: Ljungberg Reveals What He Will Do To Nicolas Pepe


The Ivory Coast star has only netted three times in all competitions, with none of them from open play. 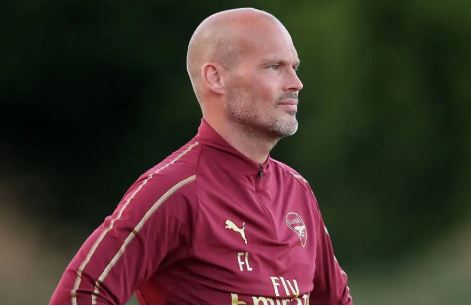 Arsenal interim manager, Freddie Ljungberg, has insisted Nicolas Pepe is suffering from a crisis of confidence and said he plans to sit down with the winger to discuss his struggles.

Pepe arrived at the Emirates this summer for a club-record fee of £72million.

The Ivory Coast star has only netted three times in all competitions, with none of them from open play.

Pepe was an unused substitute at Norwich on Sunday during Ljungberg’s first game as interim boss, with the Swede preferring to send on teenagers Gabriel Martinelli and Bukayo Saka as second-half substitutes.

Ahead of the home fixture against Brighton on Thursday, the Swede told reporters: “Nico is someone who is a very, very good player but sometimes when you come from a different league it takes time to adapt. Off the pitch and on the pitch.

“But Nico is someone I plan on talking to. We are going to have a little chat about things, how he feels, because he is an important football player.”

When asked if he believed Pepe’s poor form was down to a loss of confidence, Ljungberg replied: “No, I don’t. I just think it’s a new country and a new way of playing.

“I’m going to have a chat with him about what I expect and how I want to play.”