A man who tried to defile a little girl inside a bus has been given the beating of his life after he was caught. 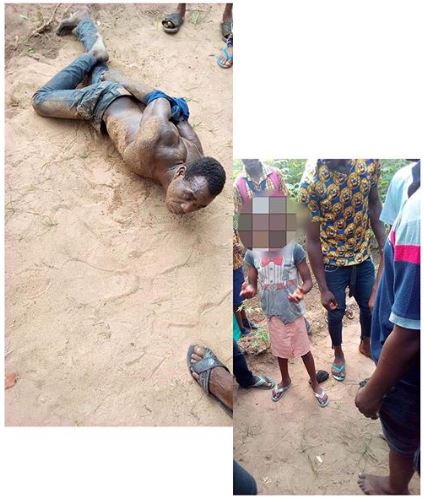 Man apprehended for trying to defile a minor inside bus
A man has been apprehended on Wednesday while allegedly trying to rape a little girl around Hightaste Road by Ibere Street of Ngwa Road in Aba, Abia state.
Information released by an eyewitness, David Osinachi Nwankwo revealed that the suspect had already lured the girl into a bus and covered her mouth his with hand to stop her from shouting for help, before being caught.
He was tied and stripped by an angry mob before receiving the beating of his life.
Top Stories