Sango disclosed this while briefing journalists at the party’s State Secretariat in Jos, the State Capital. 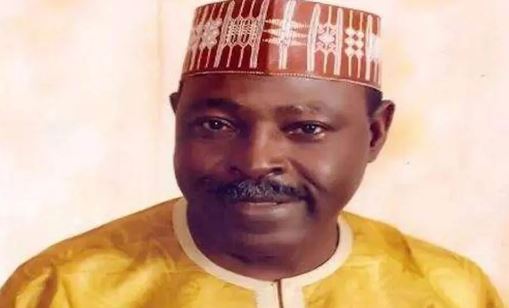 After about eight months of wrangling within the main opposition Peoples Democratic Party (PDP) in Plateau State, the embattled chairman of the party and former Minister of Sports, Hon. Damishi Sango has thrown in the towel.

He said his action was done in the interest of peace within the party in the state.

Sango disclosed this while briefing journalists at the party’s State Secretariat in Jos, the State Capital, saying “I have resigned from my position as chairman of the party in Plateau State and have handed over to my Deputy, Hon. Amos Gombi.”

It would be recalled that on the 24th April, 2019, the EXCO of the party in the state had suspended the chairman and his deputy for alleged misappropriation of campaign funds, money meant for bringing succour to Internally Displaced Persons in the state, among other issues.

Also, on the 29th April, over 60 members of the State Executive Council (SEC)/State Working Committee, which included National and State Assembly members as well as former lawmakers, ratified the earlier suspension of the chairman of the party, Hon. Damishi Sango and his Deputy, Hon. Amos Gombi Guyol, by the state exco.

However, Sango said, “I cannot leave the stage without drawing our attention to some developments that have remained pervasive in the last twenty years in the life of our great Party in the State.

“Although Plateau State is the birthplace of our great party, its leadership, especially the tenure of the Chairman, has always been dictated by the whims and caprices of some forces.”

According to him, “It is on record, and I stand to be corrected, that apart from Chief Raymond Dabo who acted as State Chairman after the exit of Dr. Haruna Dabin, no other was allowed to serve out his term.”

He maintained that, “The self-serving individuals have over the years, through their activities, hindered the optimal functioning of the state leadership, consequently leaving in its trail mistrust among the ranks, and ending up with a fractionalized and factionalized team.

“My stepping aside this afternoon is a product of such of the activities of such forces that usually feel that the leadership of the Party is there to do their bidding, even at the expense of majority considerations”, he explained.

“Let me use this opportunity to specially speak to those of you who may wish to contest certain offices/positions in the future. I have noticed over the years that there is always a tendency of creating confusion within the party, or outright defection when things don’t go our way, even when primary elections are adjudged free, fair and transparent. Let’s resolve to always join hands with winners in greater interest of the Party”, Sango advised.

“It is my earnest prayer that my exit today shall cause us to resolve that never again shall we allow narrow-focused personal or group interests to determine the tenure of elected leaders of our party.

“We cannot afford to have such forced exits (albeit through trumped up allegations, like in my own case) to continue as a common feature of our journey,” he said.

Sango, however, said he was happy that despite the allegations raised against him, the committee setup by the National Secretariat of the party, led by Sen. David Mark, never found him guilty, and had cleared him of any wrong doing, as alleged by some members of the State EXCO.

Responding, the new Chairman of the party in the state, Hon. Amos Gombi, promised to do his best in reconciling all aggrieved persons within the party.

“I will make sure we put the party in the right place before our upcoming general Congresses”, Gombi assured.