A man who kidnapped his own sister in Katsina state has given the shocking reason why he did it. 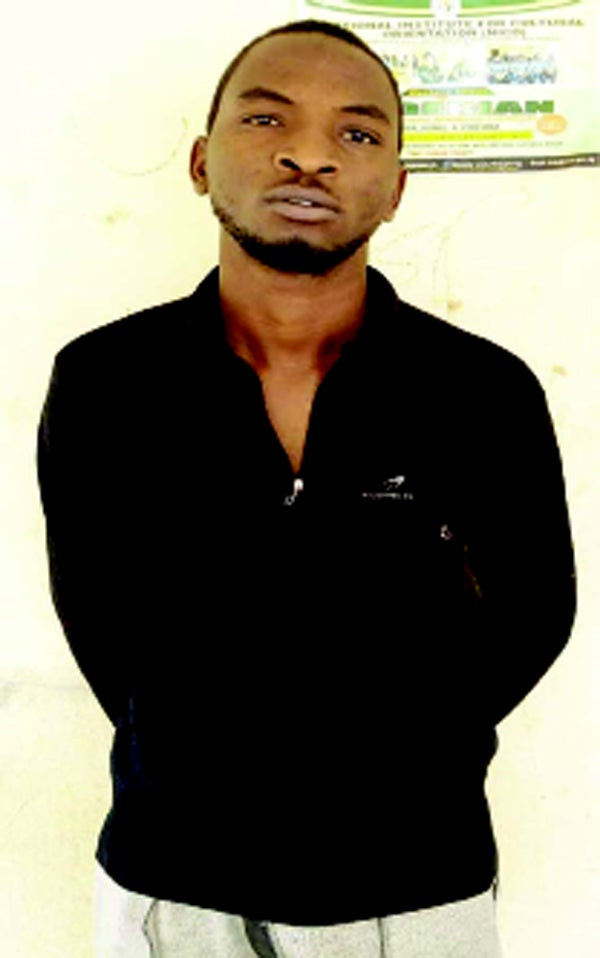 A 22-year-old man who masterminded the kidnap of his six-year-old step-sister in Makera Funtua Local Government Area of Katsina state, has been arrested by the state police command, Legit reports.

Ibrahim Kazeem reportedly conspired with his girlfriend identified simply as Murja to kidnap his step-sister Asiya Kazeem, while she was returning from an Islamic school on April 16, 2019.

His girlfriend looked after the little girl who was taken to Talata Mafara Local Government area of Zamfara state. Though the ransom was pegged at N3m, Ibrahim pleaded with his gang members to accept the N200k ransom his father agreed to pay because he was already traumatized.

Ibrahim's elder brother was tossed around as he went to deliver the money to make sure he wasn't coming with the police.

Katsina state police spokesperson, SP Gambo Isah confirmed the arrest of the suspect and further disclosed that the case was transferred to the State Criminal Interrogation and Intelligence Department, SCIID where SARS operatives took over.

He said: “At the end, he was asked to drop the money at a designated place where there were many people. From there, they asked him to go and pass the night at a school where the child would be brought to him. Later they changed their mind and asked him to sleep at the motor park. Around 2am, they called him on the phone to go and pick the abducted girl at a designated place. They ordered him to go immediately and pick her before another group would kidnap her”.

Speaking to newsmen, Ibrahim said: “My girlfriend came visiting and I kept her in an apartment detached from our main building.

"Nobody knew she was in that house. But during her stay, I could not give her money. She suggested that we should abduct my step -daughter so as to raise the money to give her. She said my father would not hesitate to bring out money for ransom.

"On the day she was returning from Islamic school, I took her to my girlfriend who was on a motorbike. I had to appeal to them to release her because of the tension Asiya’s disappearance caused. Now I am ashamed of myself “.