Amaechi was attacked by a group of IPOB members in Madrid, while attending a climate change conference in the country. 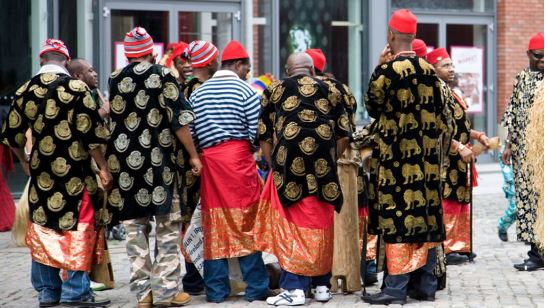 Ohanaeze Youth Council, the apex Igbo youth socio-cultural organization, has sued for caution and peace over the purported ultimatum issued by some Niger Delta Youths to destroy Igbo properties and investments in Niger Delta land over the assault allegedly meted to the Minister of Transportation, Rt. Hon. Chibuike Amaechi in Madrid, Spain.

DAILY POST reported that Concerned Youths of Niger Delta (CYND) had given a seven-day ultimatum to Indigenous People of Biafra (IPOB) to apologize to the Minister of Transportation, Chief Chibuike Amaechi, over the group’s recent attack on him in Madrid, Spain.

The Indigenous People of Biafra, IPOB, have claimed responsibility for the attack.

Amaechi was attacked by a group of IPOB members in Madrid, while attending a climate change conference in the country.

Confirming the incident, Amaechi said: “I was attacked by a few misguided Nigerians while on national assignment at a climate change event in Madrid, Spain. They were quickly repelled by the Spanish Police before they could do any harm. I am fine, I was not hurt. Thanks for your support and prayers”.

However, in a statement jointly signed by the President General of OYC, Mazi Okechukwu Isiguzoro and Secretary General, Mazi Okwu Nnabuike, which was made available to newsmen on Tuesday evening in Aba, Abia State, claimed that unscrupulous elements who were against the ex-River state Governor leadership style had engaged the services of hoodlums to carry out heinous acts under the guise, as well blackmail the Minister, Chibuike Amaechi.

It further warned politicians intending to hijack these situation to desist from such action that is capable of promoting lawlessness in the country.

OYC’s statement read in full, “As an apex Igbo Youth organization and mother of all Youth bodies in seven speaking States including Delta (Anioma) and Rivers, we had tendered unreserved apology to Hon Minister for Transport Chibuike Amaechi over the unfortunate incident in Madrid Spain. And we are reliably informed that the Hon Minister for Transport, our leader, had accepted our apologies. This strategic measures is aimed at averting looming danger, and we thereby urge Concerned Niger Delta Youths leaders to suspend any offensive action pending on the proposed peace Parley aimed at halting timely intended destruction of Igbo Investments and Properties in Rivers and Niger Delta in sympathy for our leader Hon Minister Chibuike Amaechi, who is a peace marker. We will explore all peaceful approach to assuage the ill feelings surrounding the Madrid’s sad episode.

“From intelligent report available to us, some gang of criminals had perfected their evil plans to unleash terror, loot and destroy Igbo properties and investments in Yenagoa, Calabar, Port Harcourt, Uyo, Asaba and Benin under guise of the ultimatum given and retaliations for the Madrid’s sad episode. We wish to quickly checkmate and nip it in the bud before criminals takes advantage of the ultimatum given to perpetuate heinous crime against Igbos.

“We will interface with Concerned Niger Delta youths for peaceful resolutions. We hereby state categorically clear that Concerned Niger Delta Youths are not part of these criminals with evil intent to unleash terror but the handiwork of Politicians trying to blackmail Amaechi. We further warn politicians intending to hijack these situation to desist from any action promoting lawlessness.”