According to Dame Pauline Tallen, the Ministry of Women Affairs and Social Development is sponsoring a bill to ban early marriage and for the stoppage of violence against women and the girl child. 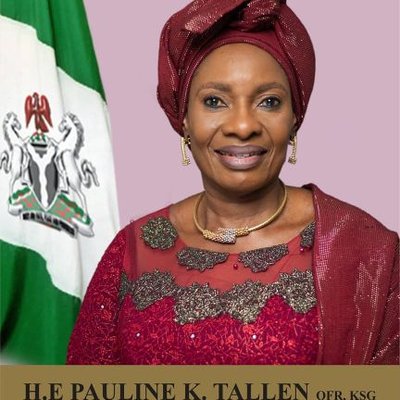 The Minister of Women Affairs and Social Development, Dame Pauline Tallen, said the ministry is sponsoring a bill to ban early marriage and make elementary schooling compulsory for all girls.

Dame Tallen was speaking in an interview with Journalists, in Jos, Plateau State.

According to the minister, President Buhari’s administration has made elementary education free and compulsory for Nigerian children, particularly for the girl child. She strongly believes that the solution to reducing early marriage of Nigerian girls is to ensure they go to school.

She said, “The Ministry of Women Affairs and Social Development is sponsoring a bill at the National Assembly to ban early marriage among Nigerian girls, the bill shall also seek for the stoppage of violence against women and the girl child.”

“Even before my coming on board as the Minister of Women Affairs, primary and secondary education has been made free and compulsory; no child is expected to stay out of school.

Pauline added that, “No girl child is expected to get married before completing her secondary education, which means no girl child should marry before the age of 18 years”. She explained that early marriage was common among illiterate parents and girls.

Tallen complained that early marriage of the girl child was one of the major challenges confronting the social well-being of womanhood in Nigeria.