It is a sad time for the family members of a final year law student of Rivers State University stabbed to death at her home. 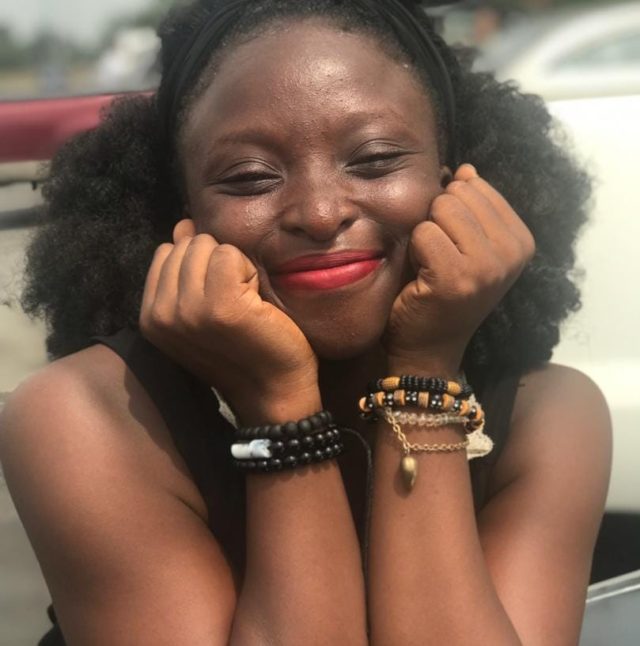 Miss Matilda Itonyo
The family members of late Miss Matilda Itonyo, the final year female law student of the Rivers State University stabbed to death in the early hours of Tuesday, December 10, in her apartment in Eagle lsland, Port Harcourt, have cried out for justice.
Madam Tari Itonyo, mother of the deceased described late Matilda  as her only hope, adding that since she learnt of the gruesome manner her daughter was killed, she had remained in shock.
The 24-year old Matilda Itonyo Mark was brutally raped and stabbed to death by her assailants inside her off campus apartment close to Eagle Island part of Port Harcourt.
Madam Itonyo appealed to security agents to track down the murderers of her daughter and bring them to face justice.
“I just want justice. Just look at me. The girl has struggled, struggled to final year for Law. My hope, my future, a part of my flesh and blood has gone out of me. My tomorrow’s glory is going down, l need justice. l need justice, l can’t bear it. Matilda was a child everybody wants to be a mother to. How can they cut down the life of my daughter like this? I need government to help me. I need justice”, she sobbed.
Also, the Father, Ebikili ltonyo, asked Bayelsa State Government where they hail from, and the Rivers State Government to assist in arresting the murderers of his daughter.
“My daughter struggled to make it and somebody will just come to take her life like that. It’s a very painful thing. l don’t even know what to do. Let the government come to my aid. People of Nigeria, people of Bayelsa, people of Rivers State, please come to my aid to get the Killers of my daughter”, he passionately appealed.
The late Maltida’s friends described her as a good hairstylist; a creative Ballard dancer; model and budding singer.
Rivers Police Command has said the Commissioner of Police, CP Mustapha Dandaura, had ordered a full scale investigation into the circumstances surrounding the killing of Matilda.
Therefore, Police Public Relations Officer (PPRO), DSP Nnamdi Omoni, appealed to members of the public who have useful information concerning the death of Matilda to volunteer such to the Police.
Top Stories