A suspected ritualist who was disguised as a mad man has been nabbed in a Delta state community. 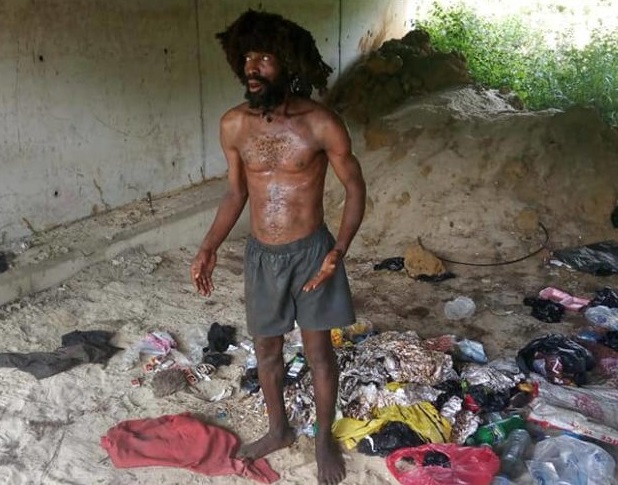 A suspected ritualist who is said to have disguised as a mad man, has been nabbed.

The man was reportedly apprehended at the popular Otokutu Bridge in Ughelli South council area of Delta state on Thursday evening December 12th.

Local reports show that the suspect was allegedly found with a human skull, different types of phones and other items. Members of a local vigilante group trailed the suspect to his hideout located under the bridge after they spotted him receiving phone calls like a normal person.

However, the 'madman' reportedly threw one of the phones into the river on noticing that local security team had discovered his antics.

The vigilante members pounced on him, beat him severely and then handed him over to the police.