The national leader of the All Progressives Congress, Bola Tinubu has graced the wedding of Atiku's son alongside other chieftains of the People Democratic Party. 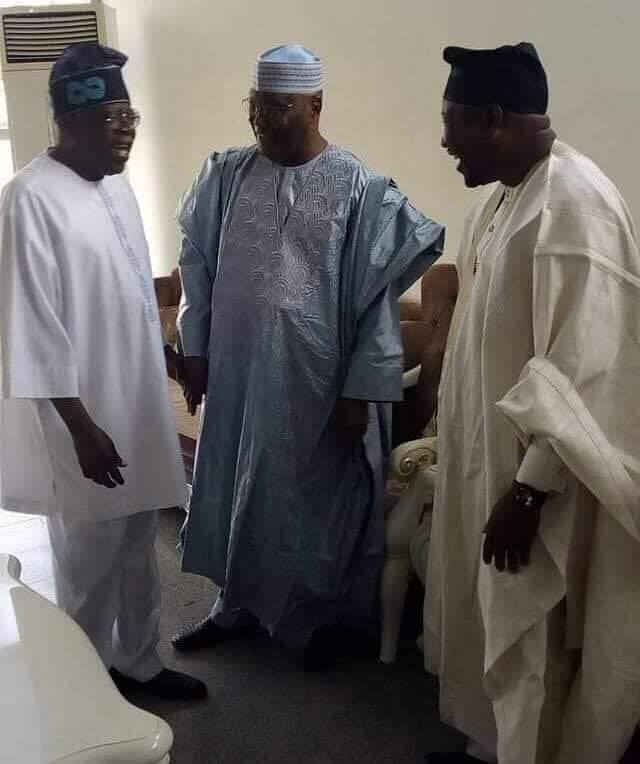 Atiku Abubakar and Bola Tinubu
In what has been described as a  show of politics without bitterness, former Governor Bola Ahmed Tinubu, the National leader of the ruling All Progressives Congress, APC has attended the wedding of the son of the former presidential candidate of Peoples Democratic Party, PDP, Atiku Abubakar in Yola Adamawa State capital on Saturday.
In one of the  photographs of the event that has since gone viral, Tinubu is seen discussing with Atiku and Ahmadu Fintiri, the Governor of Adama State in a very jovial atmosphere.
Governors of PDP and other chieftains of the opposition party were also there as shown in the photographs below: 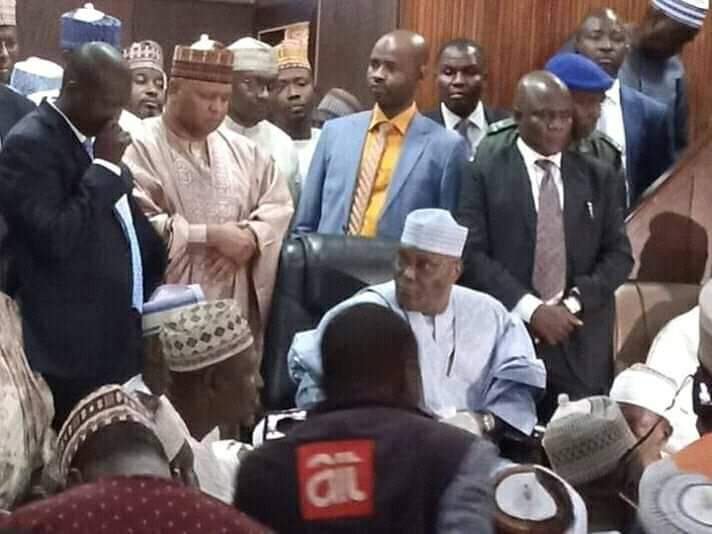 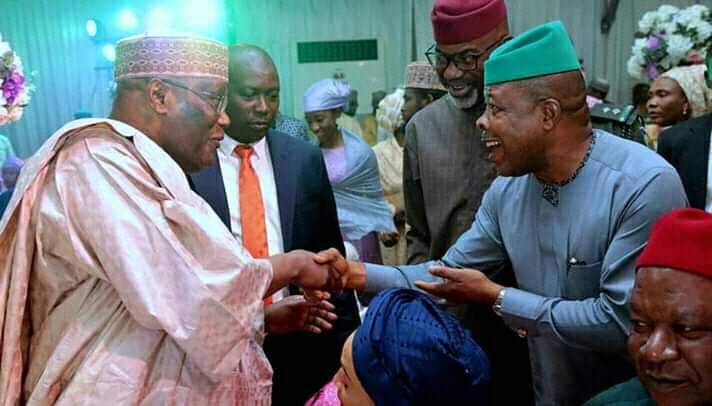 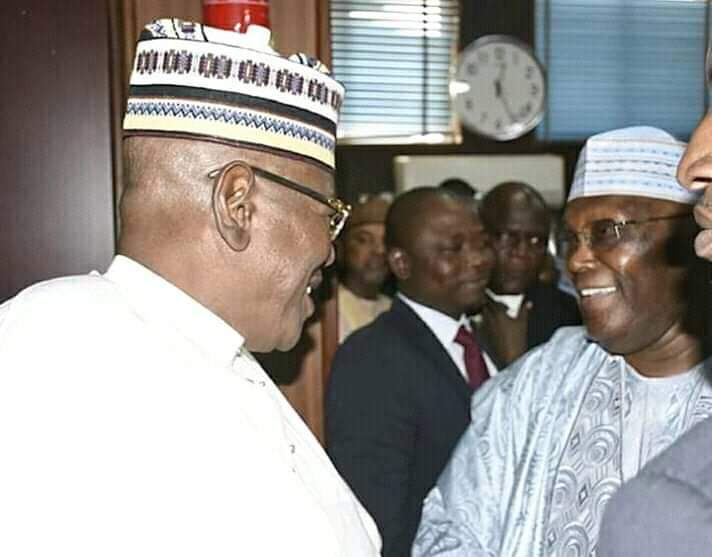