Wow! Nigerian Woman Who Went Back To School After Having 4 Kids, Bags A PhD (Photos)


A Nigerian woman who went back to school after having four children has eventually bagged a PhD.

The woman has now bagged a PhD

The story has been told of a Nigerian woman who bagged a PhD when she went back to school after having four kids.

The story was told by a Twitter user who took to the platform to gush about the woman whom she claims is actually her mother.

According to the Twitter user with handle, @sophiebello, her mother enrolled for a first degree program while she (Sophie) was in the University and now she has recently bagged a Doctorate degree. 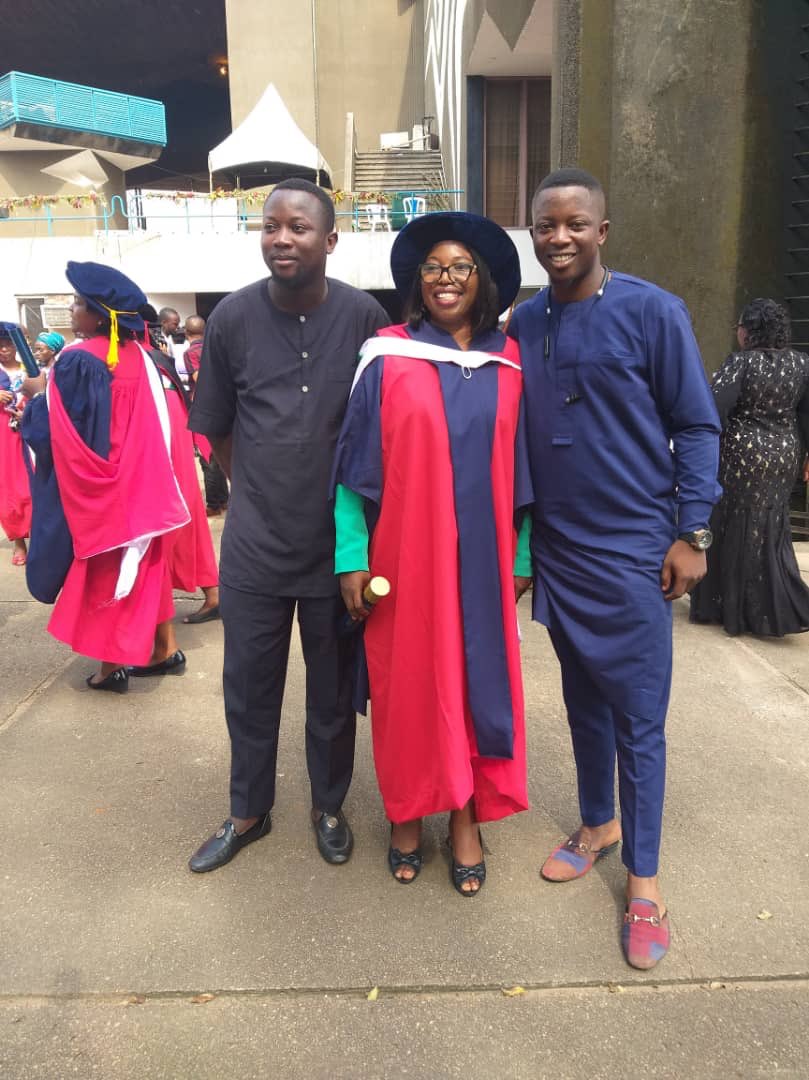 @sophiebello also recalled how her mother took care of her grandchild while working on her thesis. 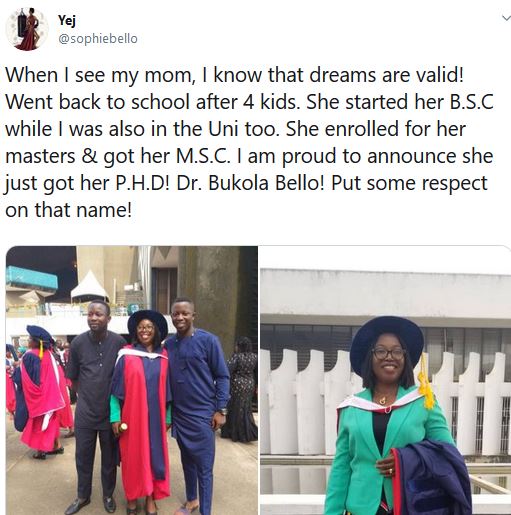