Dickson Sacks All Appointees After Losing Bayelsa To APC


This latest development comes barely one month after Dickson lost Bayelsa, a PDP-controlled state since the return of democracy, to opposition APC. 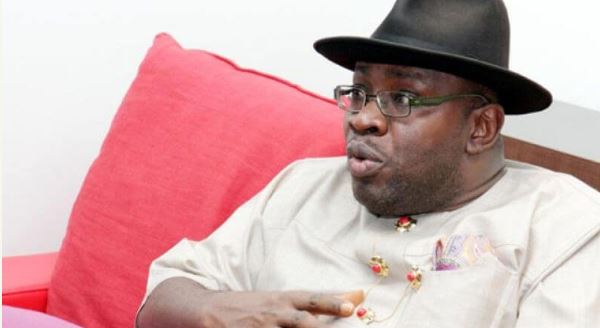 Barely two months to the end of his tenure, Governor Seriake Dickson of Bayelsa state has sacked all political appointees in the state.

A statement sent to Igbere TV via mail by Kemela Okara, Esq., Secretary to the State Government, said the move was to enable the state meet its ”diverse financial obligations”.

According to the SSG, the move became imperative to enable the government give priority to the payment of salaries to Civil Servants, rather than political appointees.

The statement, however, said all appointees whose positions are “critical” to the transition process will be retained henceforth till the end of the administration in February, 2020.

This latest development comes barely one month after Dickson lost Bayelsa, a PDP-controlled state since the return of democracy, to opposition APC.

The PDP candidate and governor’s anointed, Douye Diri, had lost to APC’s David Lyon in the November 16 governorship election in the state.

Read The Full Statement Below:

“This is to inform all political appointees of the Restoration Government of His Excellency Governor Henry Seriake Dickson, that as a government in transition we have been battling to meet our diverse financial obligations.

“In seeking to manage these financial obligations it became imperative to give priority to the payment of salaries to Civil Servants who have since been paid their November salaries.

“We have now commenced the processing of political appointee salaries which will be paid in the coming week.

“With effectively one month to go to the end of this government, only political appointees whose positions are critical to the transition process will be retained henceforth to manage this process. We trust that all political appointees appreciate the enormous sacrifices Government has made with the unprecedented number of political appointments made from 2012 to date.

“In the interim, we wish to also state that the government has begun the process of compiling the list of appointees who are by law entitled to receive benefits, with a view to making payment before government finally wins down in February 2020.

“Further, we also use this medium to enjoin our appointees and teeming supporters to hope for the best post election outcome going forward.

“Finally, His Excellency the Governor seeks to use this medium to thank all political appointees for their hardwork and commitment to the Restoration government over the years and especially at this time of transition.”